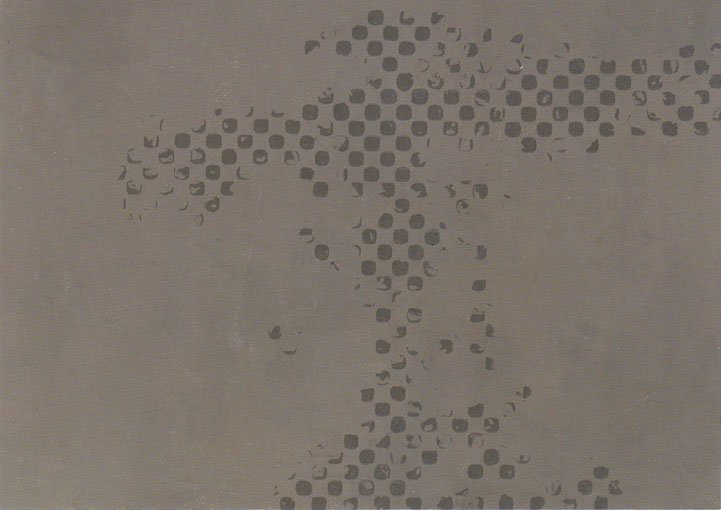 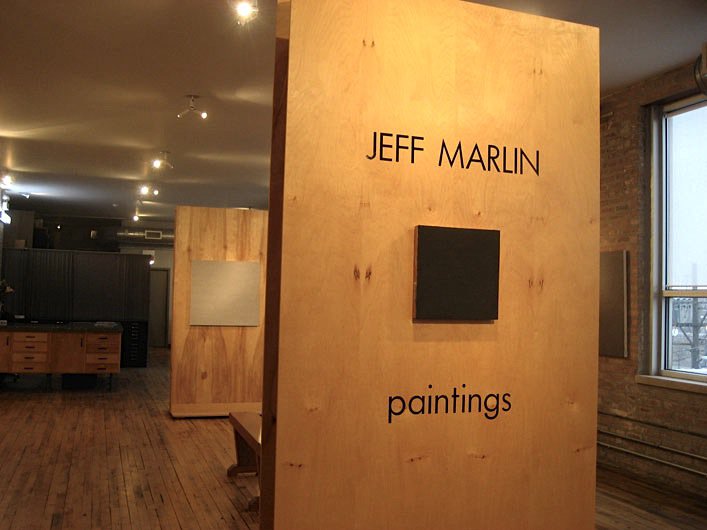 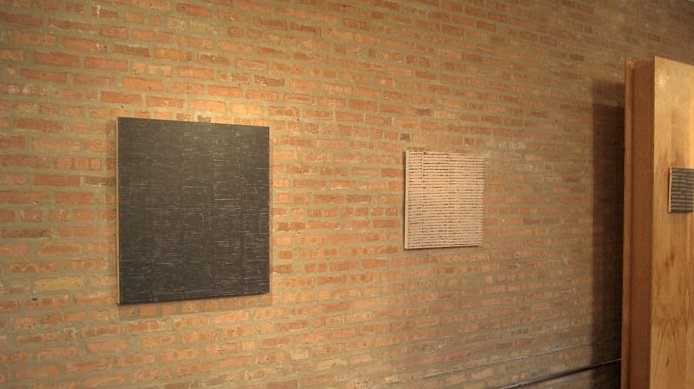 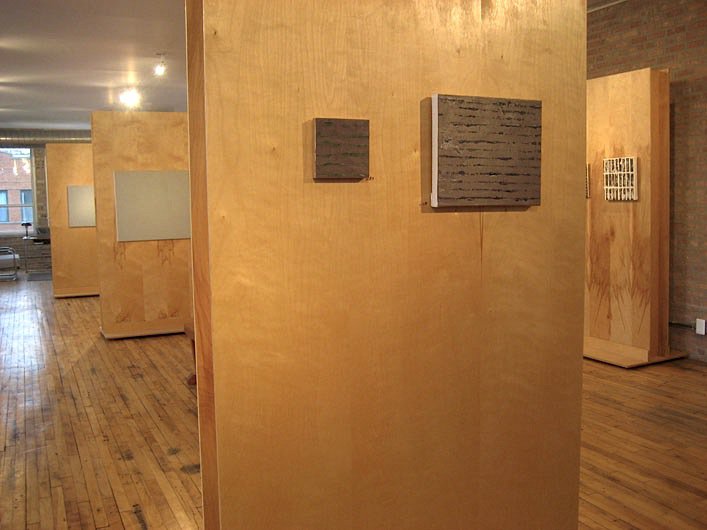 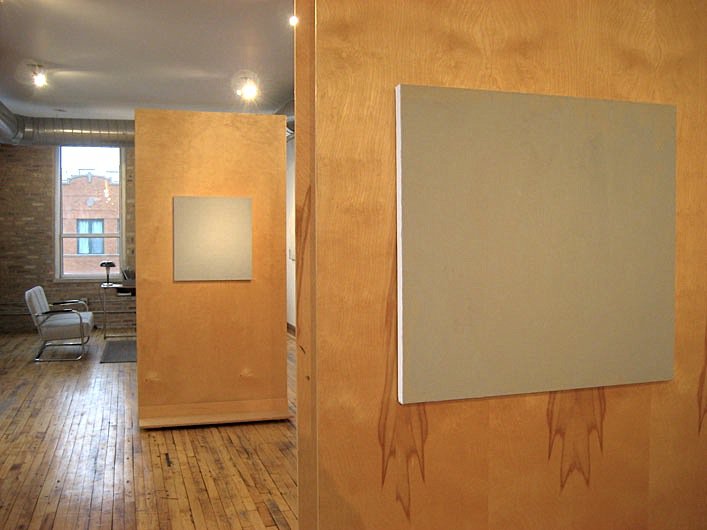 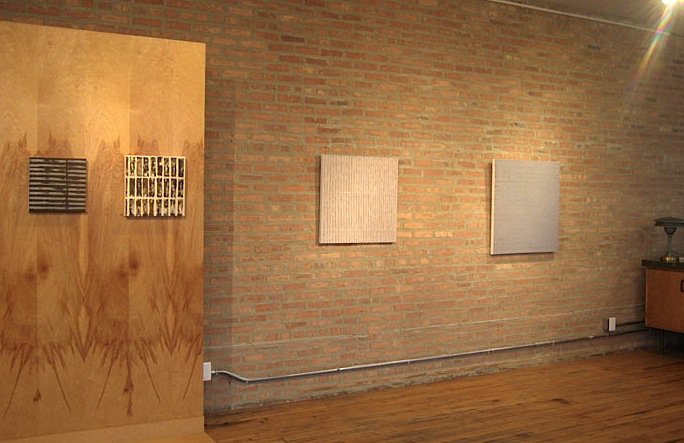 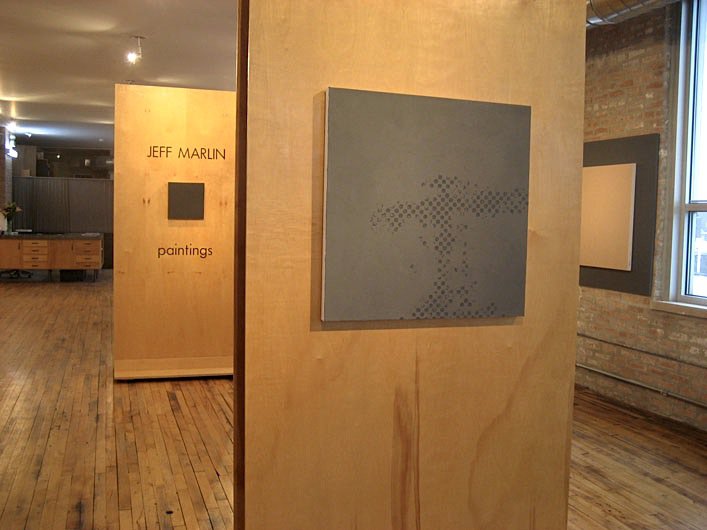 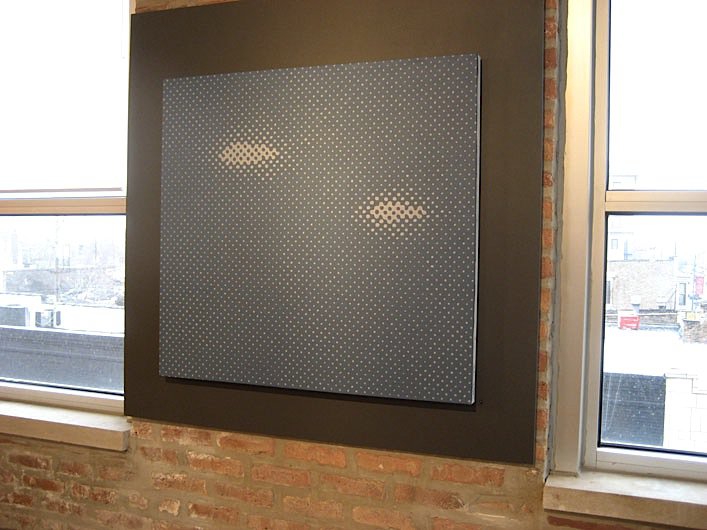 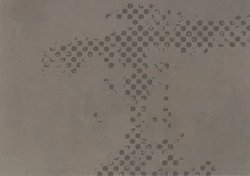 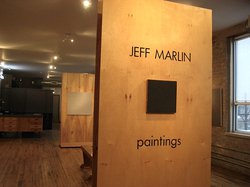 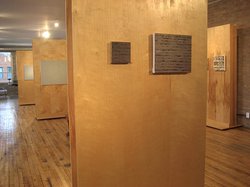 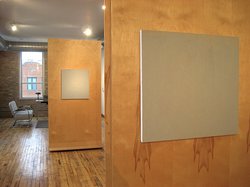 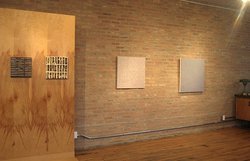 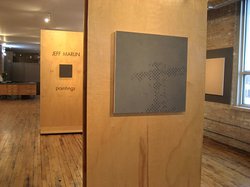 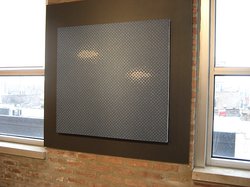 Spanning a period of about ten years, this survey includes various series in the oeuvre of Chicago painter Jeff Marlin (1969-2009), which, in the artist’s words, “…is always a dialogue between hand and machine systems.” The selection of works extends back to early paintings exploring dot matrix disintegrations of images (UFOs, mushroom clouds, fascist architecture), all using scanned and manipulated photographic sources, Xeroxes and stencils in the development of the paintings. Out of these arose several subsequent lines of investigation, all of them leaving behind the image altogether in favor of quite minimal abstraction. One avenue of inquiry took him into what he called “soft grids,” Venetian blind-like works using palette knife and brush as well as printing and blotting with cardboard and string.  Marlin described these as “…surfaces which interrogate their means of production without wholly repudiating them.” Some recent paintings are clearly about surface and working process, drawing interest and ideas from the soft poetics of Robert Ryman, the putty-grey palette of Jasper Johns, and the white paintings that Robert Rauschenberg created in 1951.