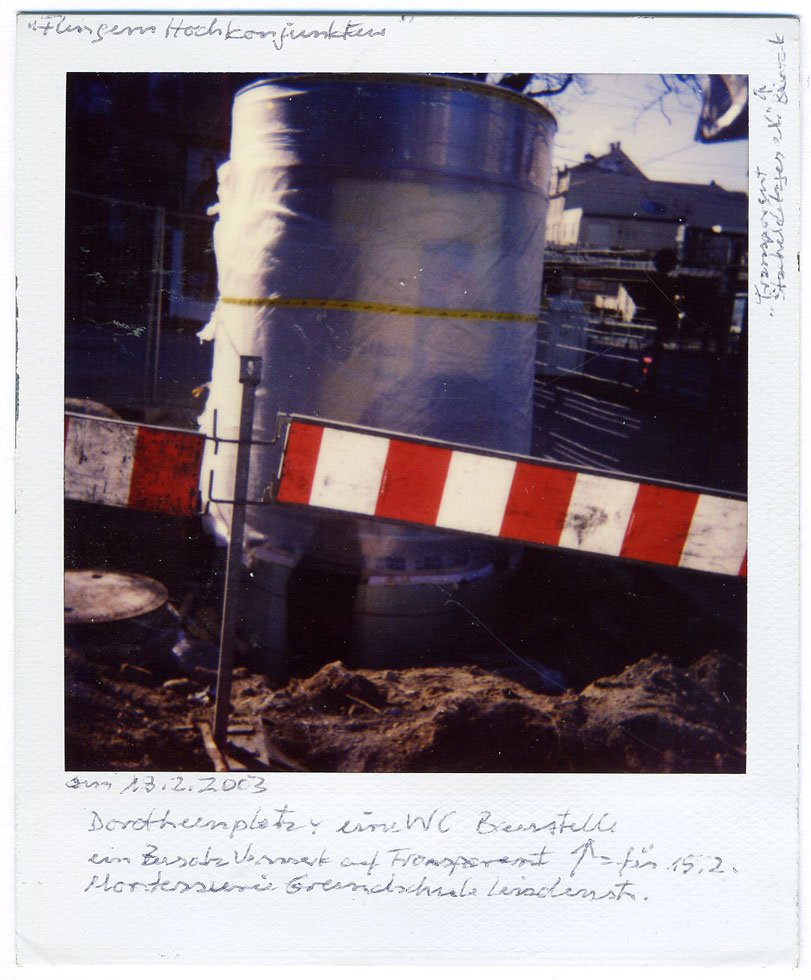 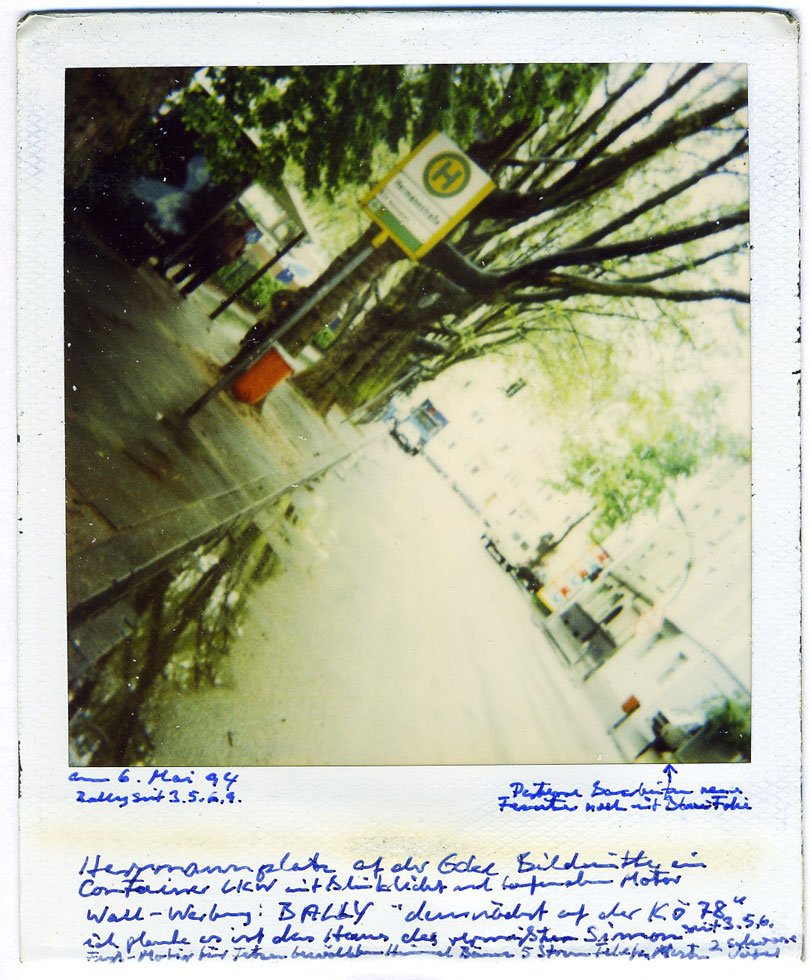 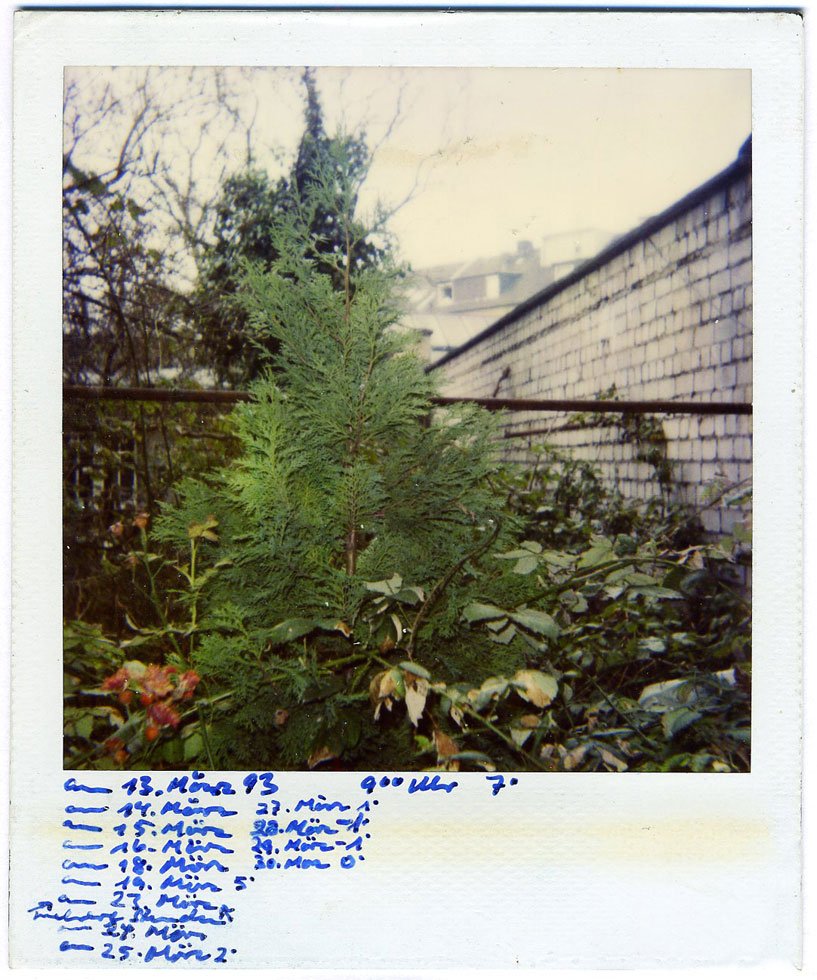 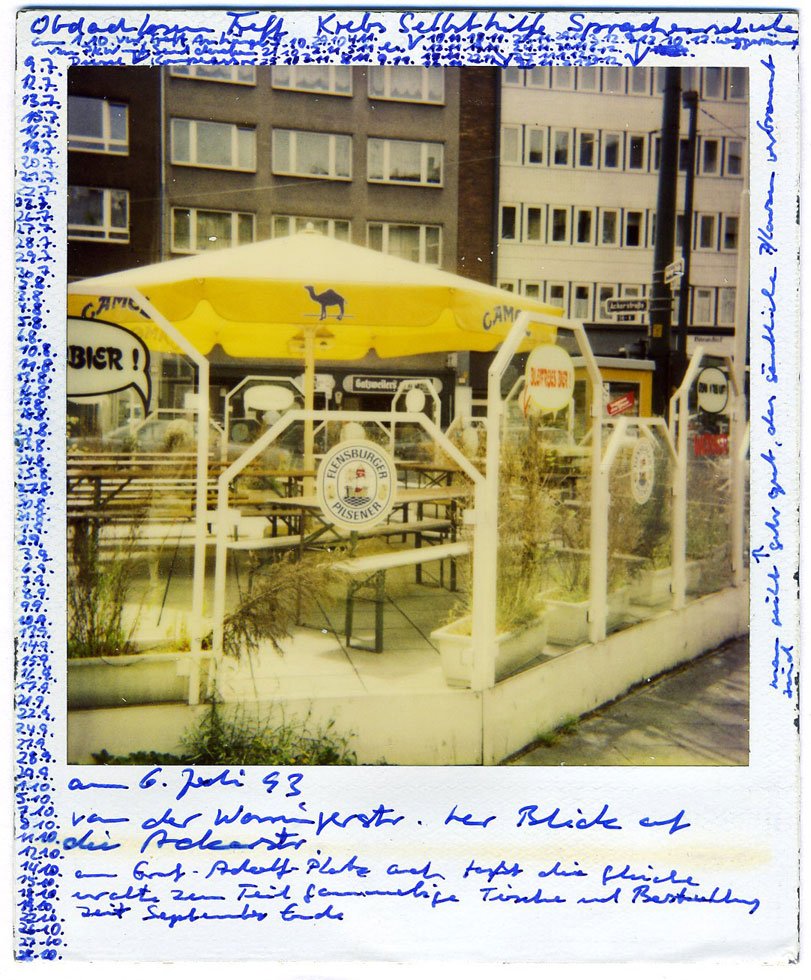 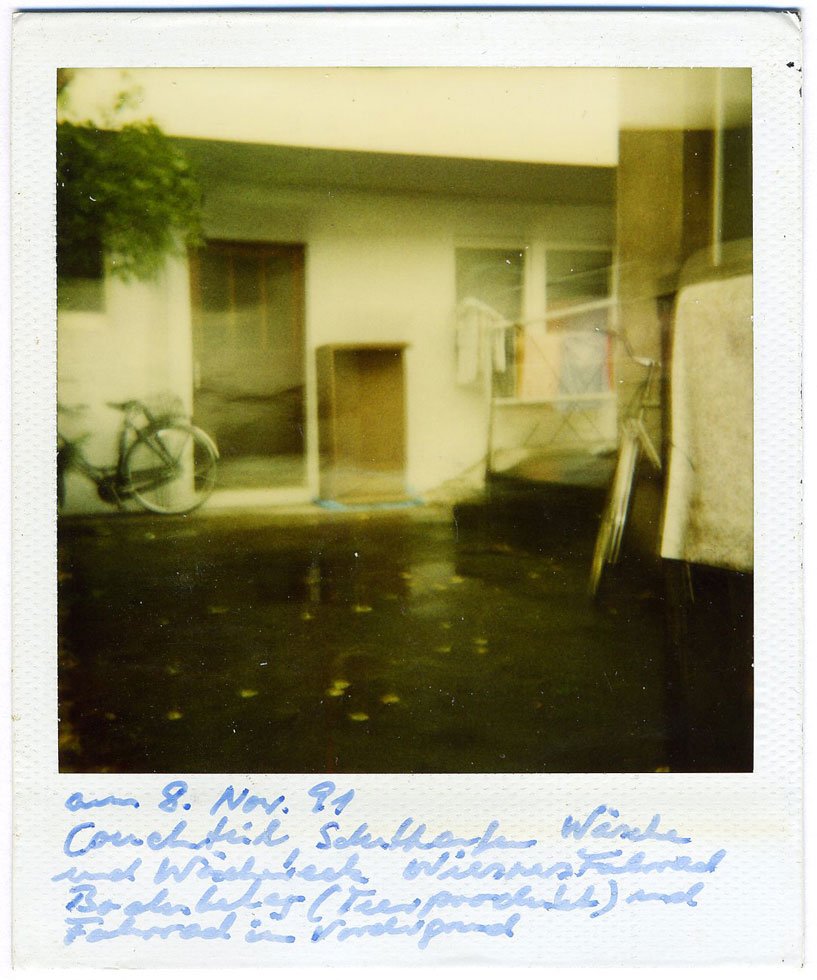 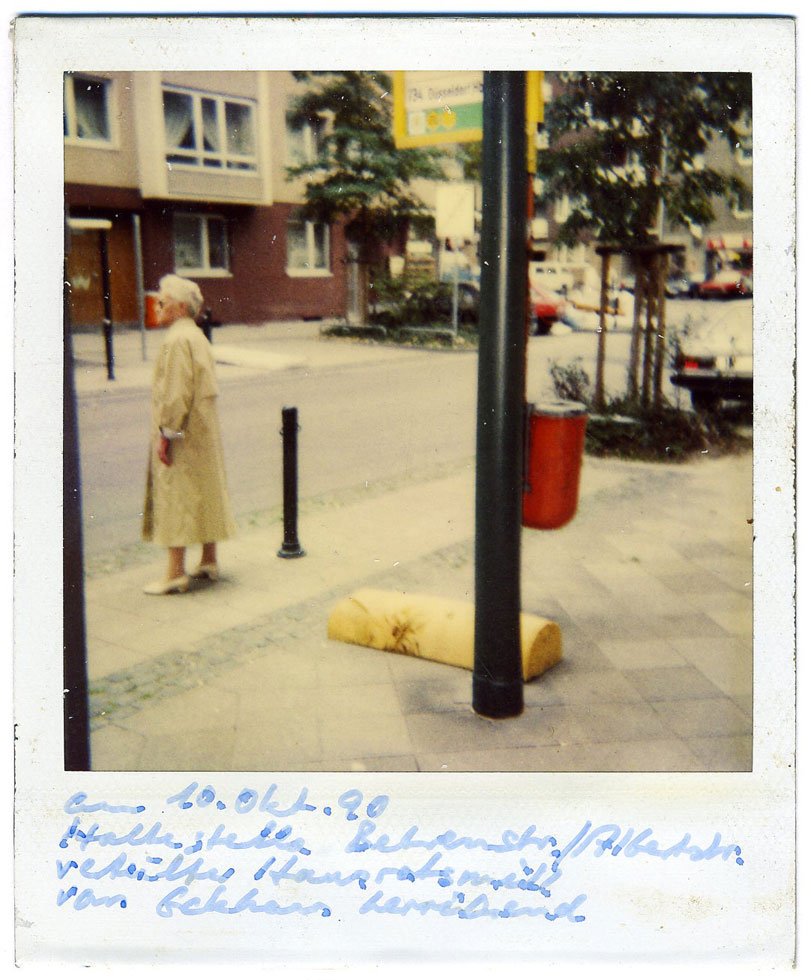 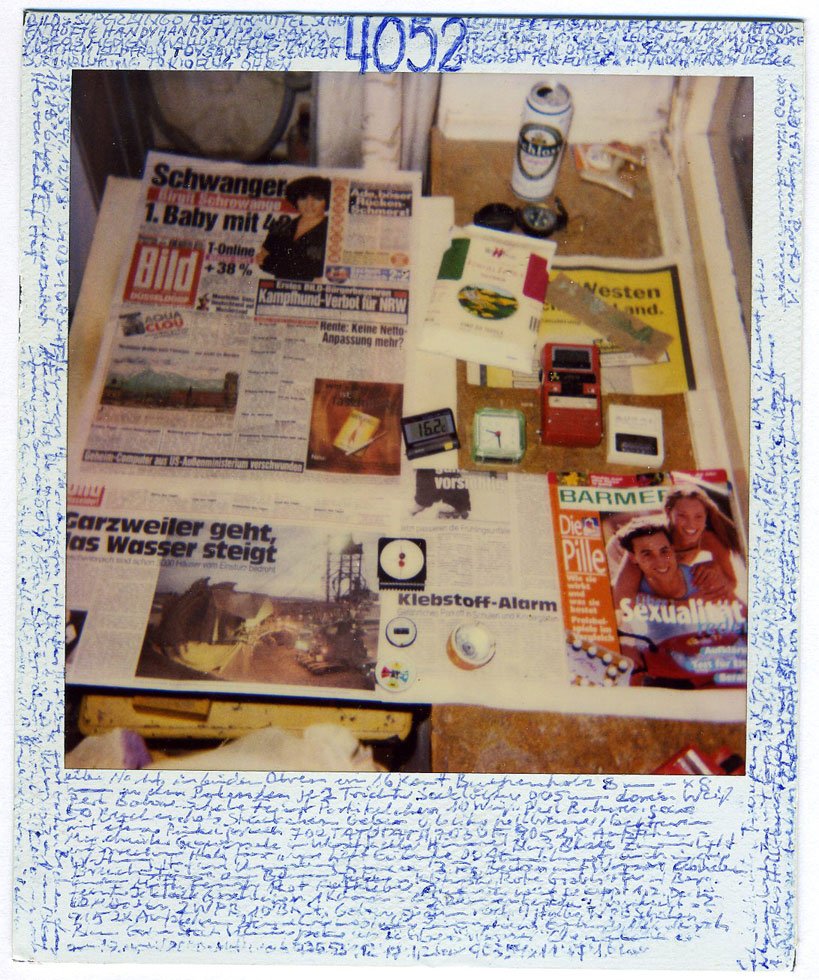 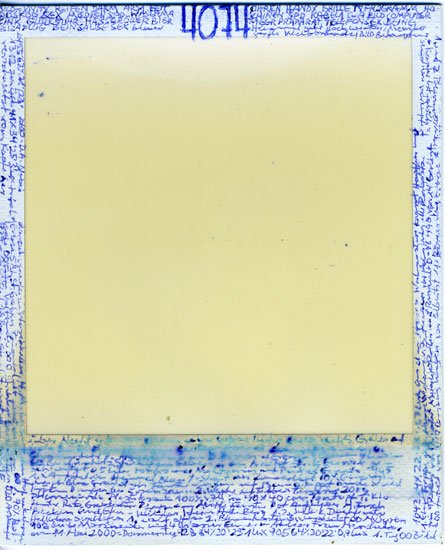 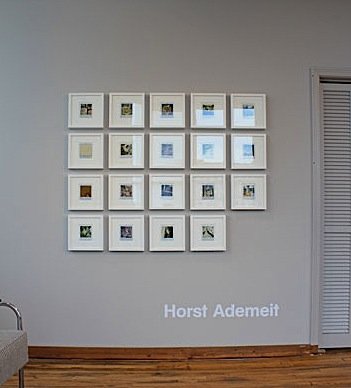 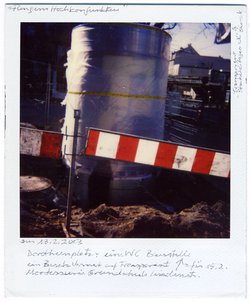 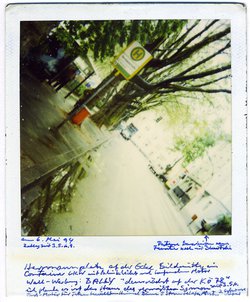 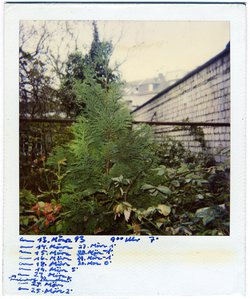 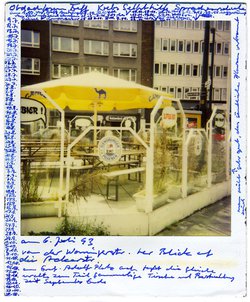 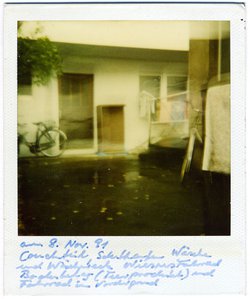 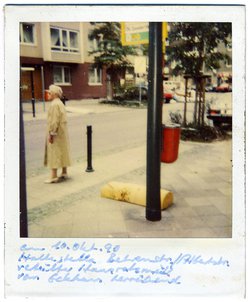 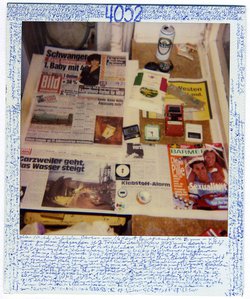 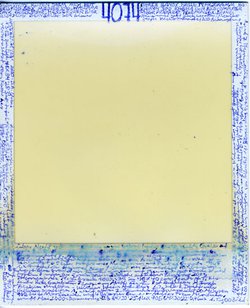 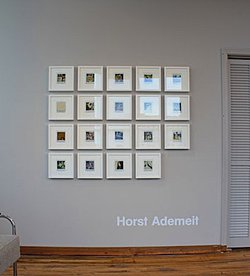 In the East Wing, Corbett vs. Dempsey is proud to present the Chicago debut of the celebrated German photographer Horst Ademeit. From the 1980’s until his death in 2010, Ademeit produced thousands of Polaroid images of his daily life, annotating them with minute microscript on the margins of the photo itself. These small, compulsive, often startlingly beautiful documents, which included images of suspicious objects – cars, broken windows, construction zones – in his neighborhood, as well as arrangements of his everyday objects – newspaper, food, clocks, Geiger counters – were part of an elaborate, paranoid vision of contemporary life. Ademeit was the subject of an expansive exhibition at the Hamburger Bahnhof in Berlin last year.