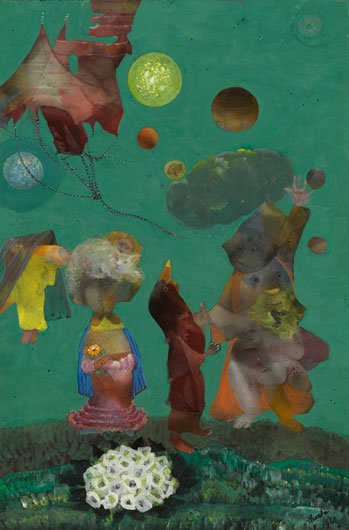 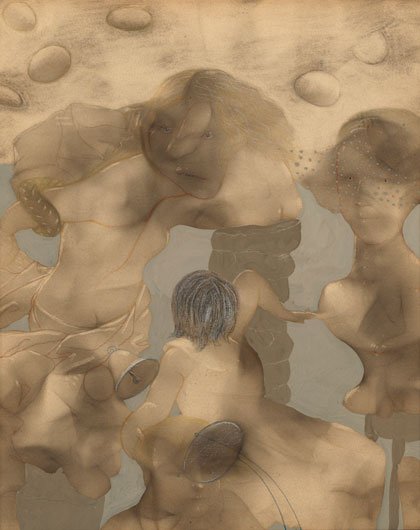 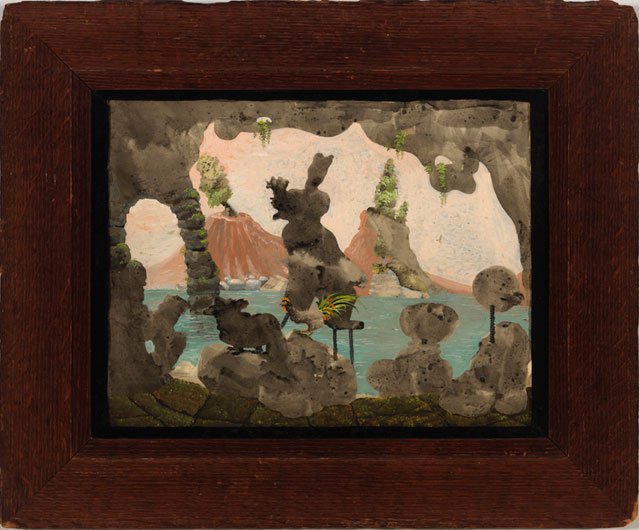 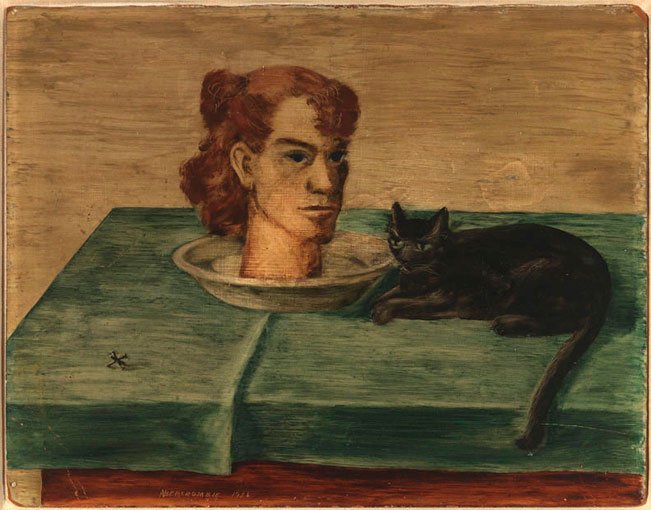 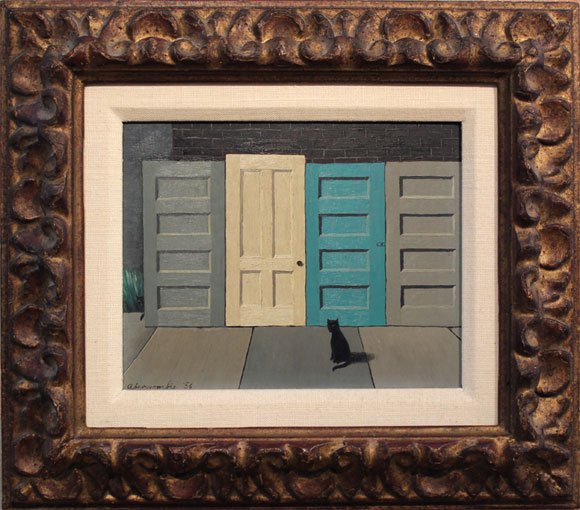 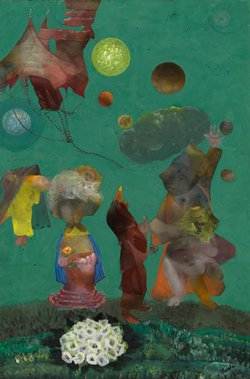 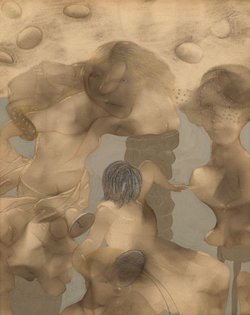 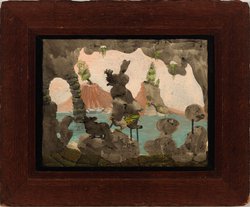 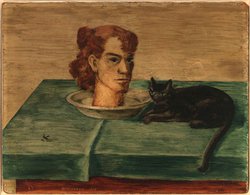 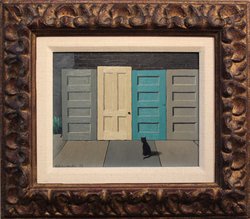 In the West Wing, Corbett vs. Dempsey presents two venerable figures in the history of Midwestern surrealism: Gertrude Abercrombie and Julia Thecla. Abercrombie is perhaps the best known painter in this mode, having issued legions of brilliant small paintings from her home studio in Hyde Park from the 1930s until her death in 1977.  Classic Abercrombies are often set in the flat Illinois landscape, with spare trees and lonely buildings and an occasional figure.  In this presentation, an exceptional early work, Head on a Plate (1936), features a black cat and a self-portrait, decapitated and, per title, head served on a platter. More obscure but no less ferociously inventive, Thecla was genuinely odd, and her paintings reflect her wonderful, weird take on the world, which includes animated satellites arrayed in galactic clusters and bizarre creatures cavorting playfully.  Included will be one of Thecla’s rare fumage paintings, which utilizes candle soot as a ground for the figures.