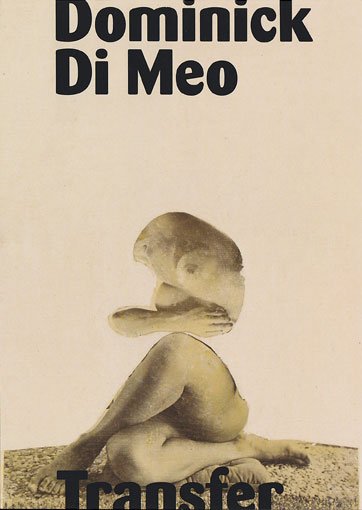 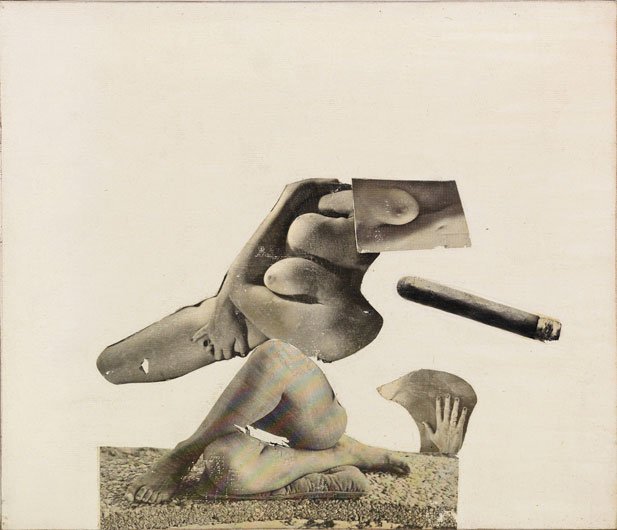 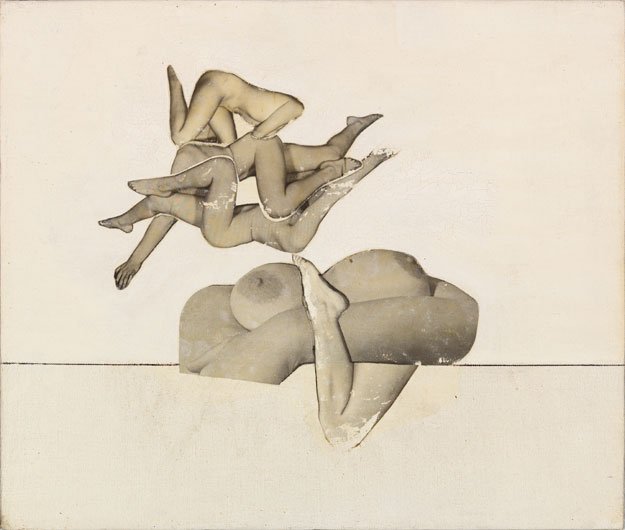 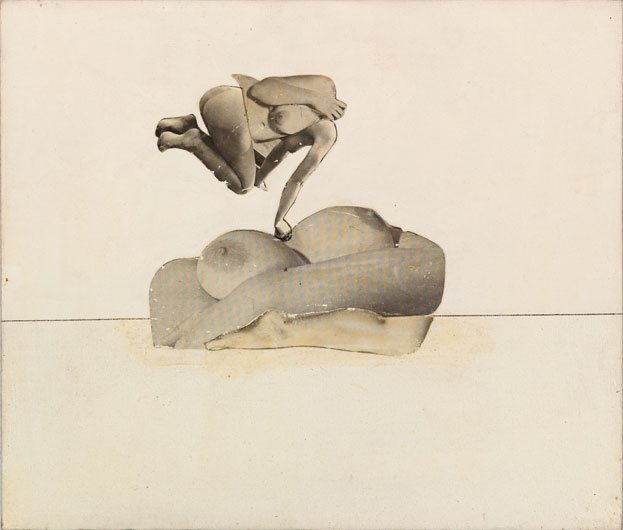 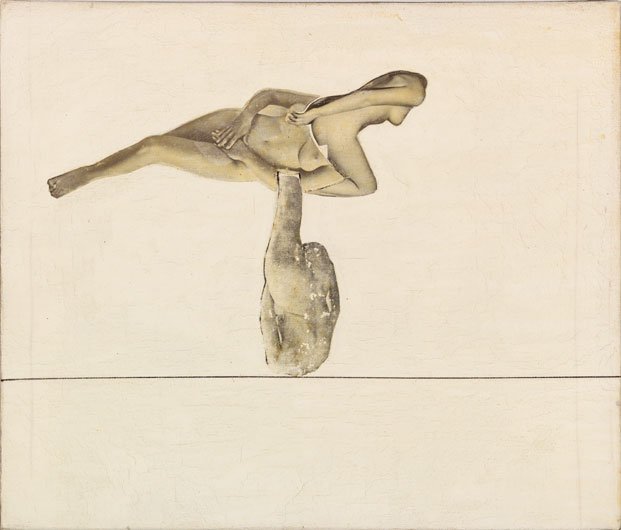 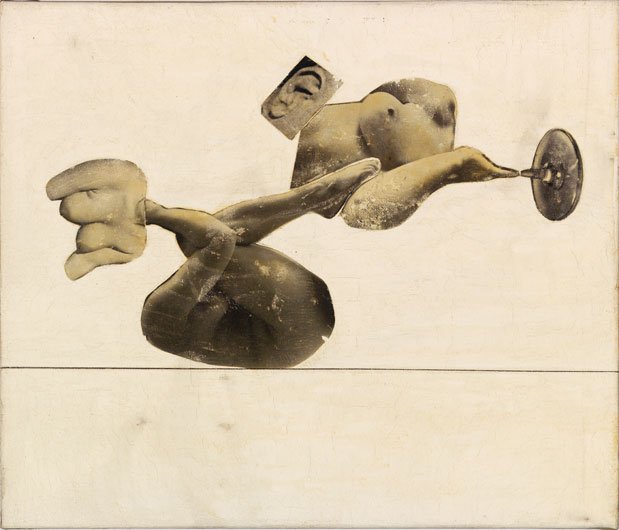 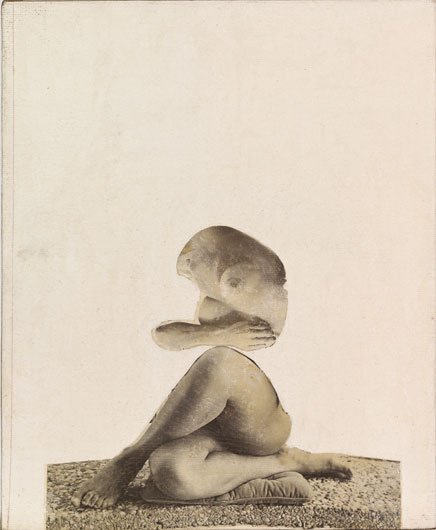 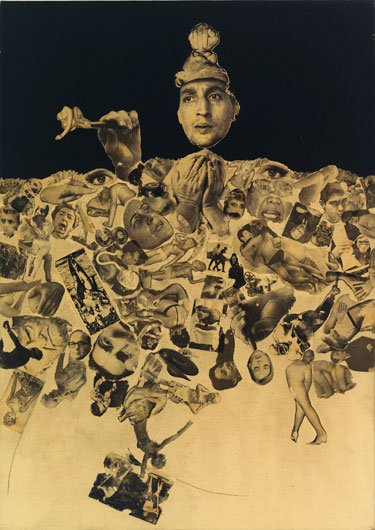 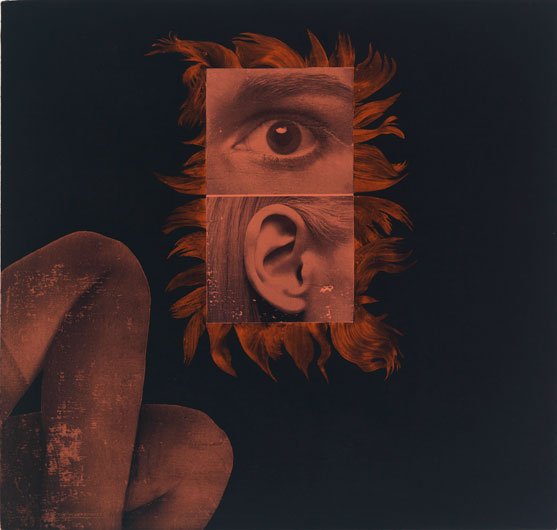 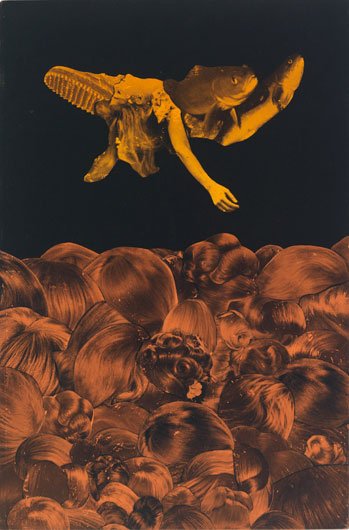 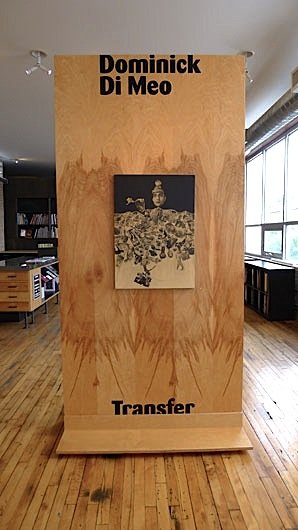 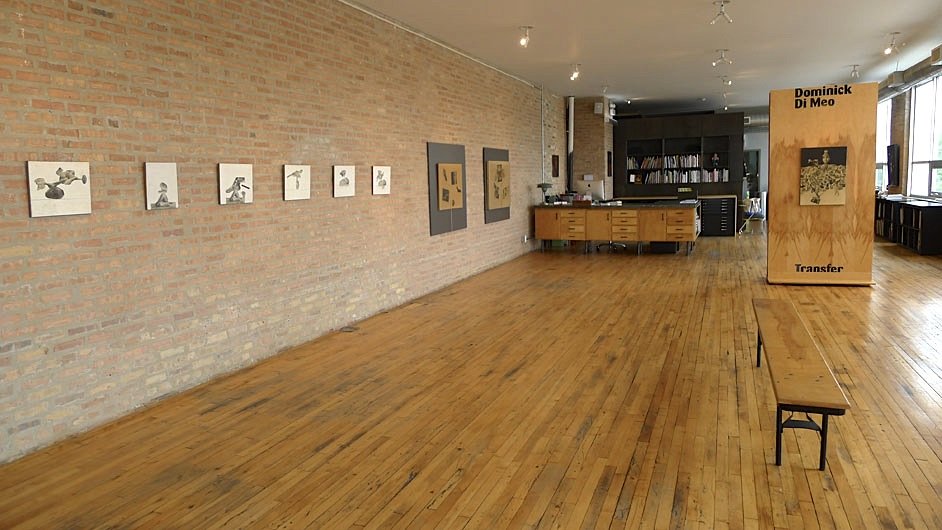 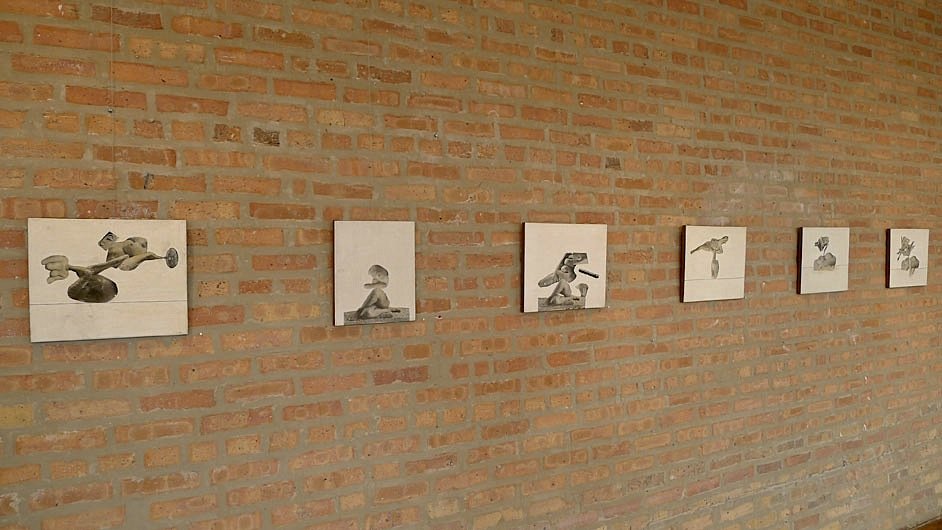 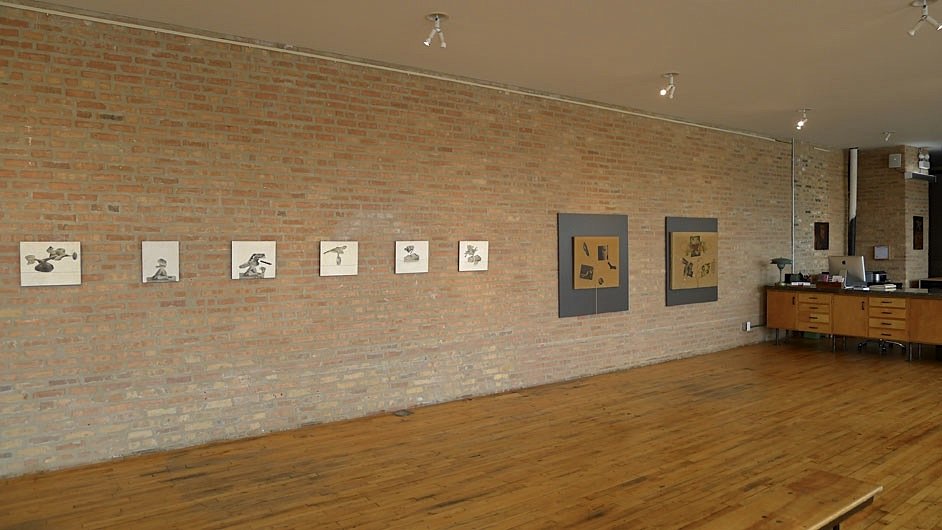 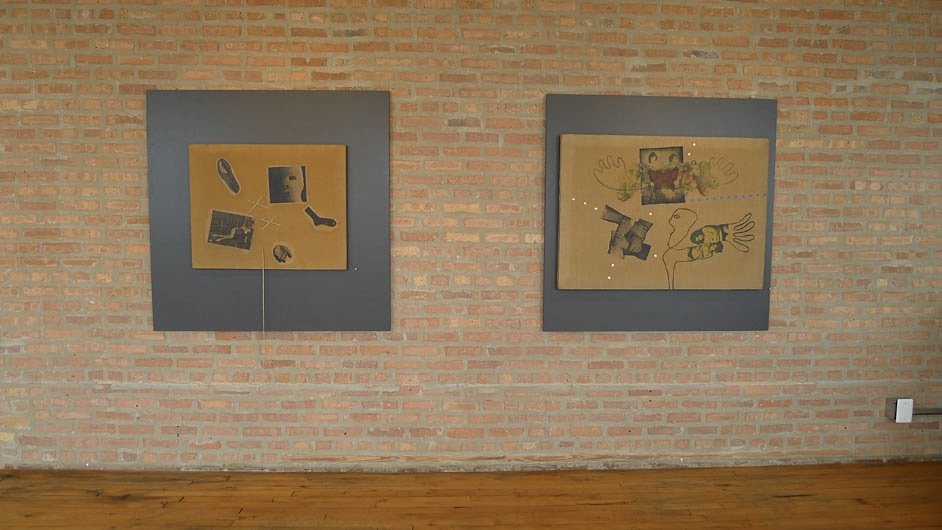 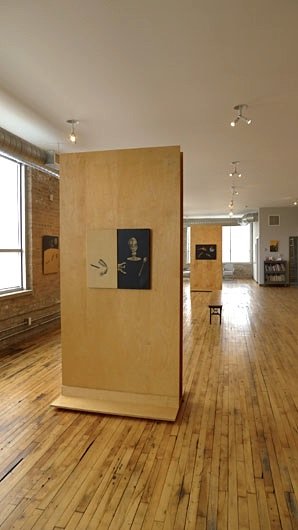 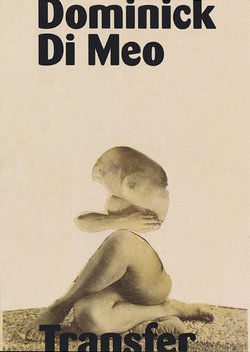 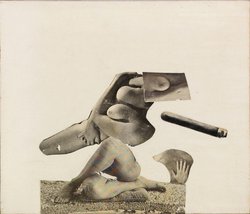 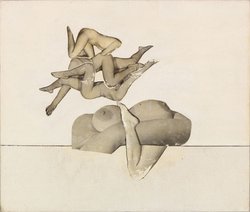 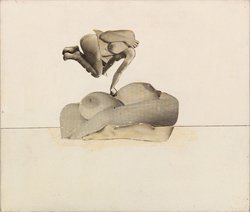 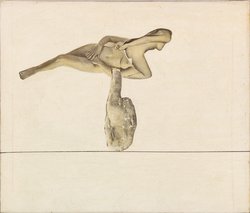 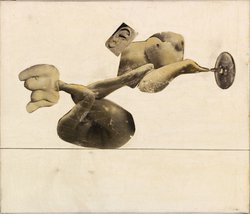 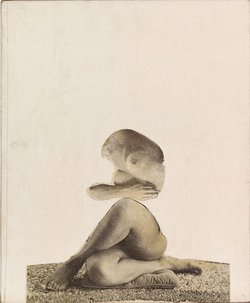 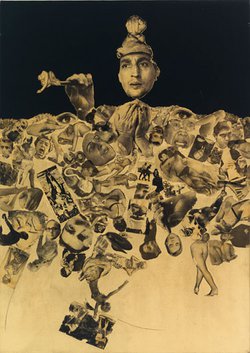 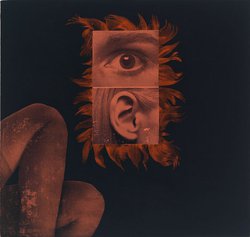 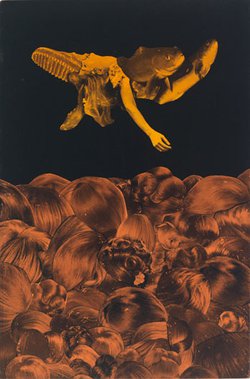 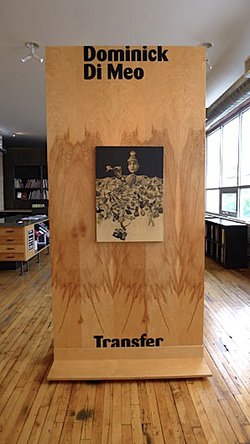 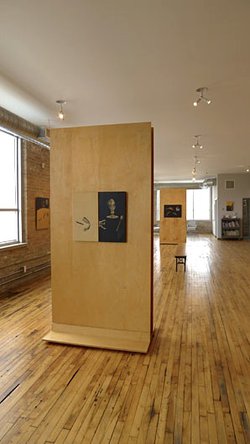 In his second solo exhibition at Corbett vs. Dempsey, Dominick Di Meo presents Transfer , a selection of canvases from the 1960s to today. One of the original Monster Roster artists, Di Meo first emerged in the 1950s, alongside Leon Golub, Nancy Spero, June Leaf, and Ted Halkin, working with tough, dark imagery and rough surfaces, often in relief. In 1964, Di Meo discovered a novel way of transferring ink from magazines into transparent synthetic polymer paint, allowing him to make paintings with imagery appropriated directly from a popular source. Among the startlingly original works that he made at this time is a suite of smaller canvases with piles of cropped and rearranged nude body parts. These were deemed pornographic by his former Chicago gallery and have not been exhibited until now. Di Meo’s explorations of transfer included various related techniques, such as stencil and collage. These paintings also incorporate disparate objects including postcards, playing cards, and rope. Since his CvsD debut in 2008, Di Meo has built a body of work using digital print technology, returning to postcard images of Bellini sculptures that he initially doctored in the 1960s, and reworking them into larger printed canvases