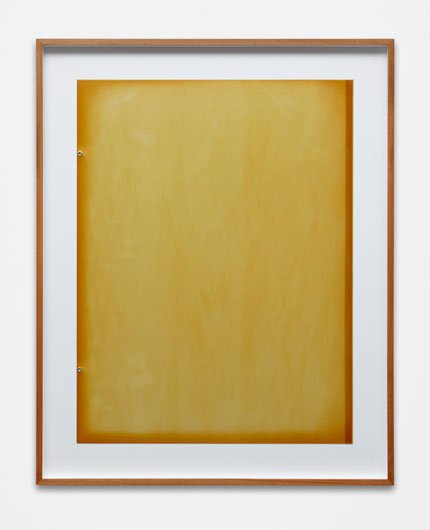 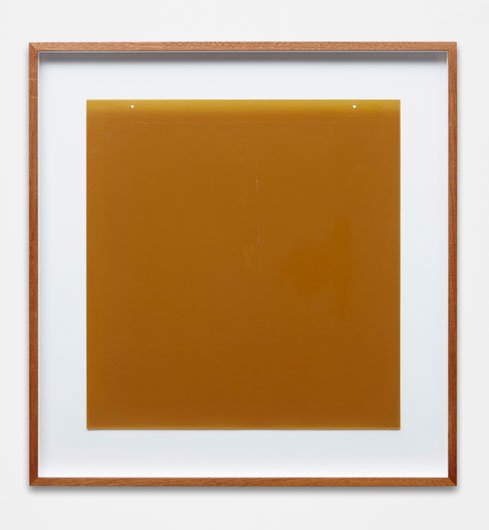 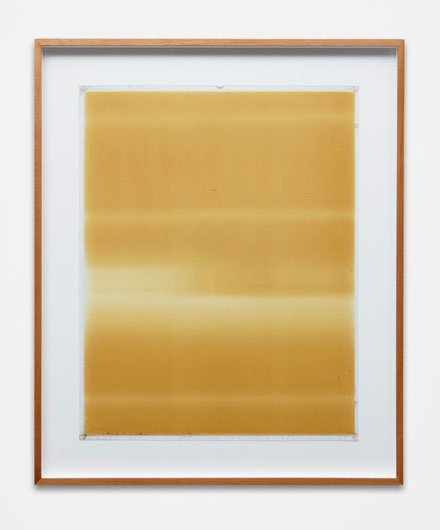 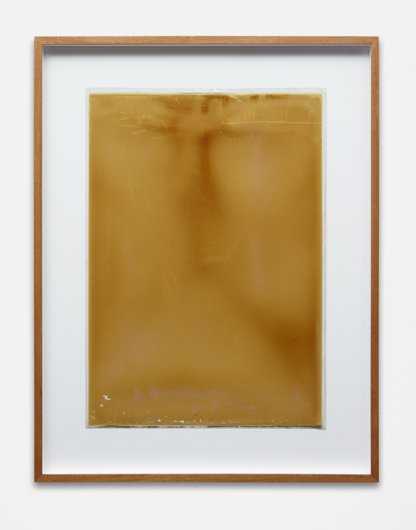 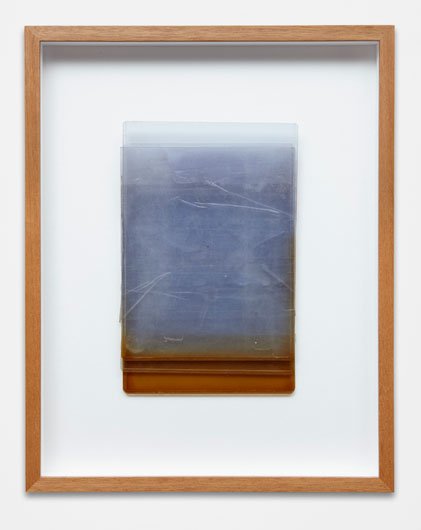 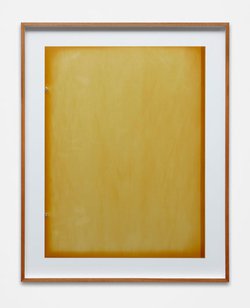 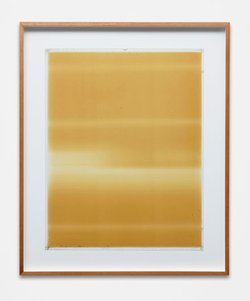 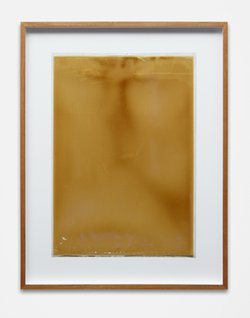 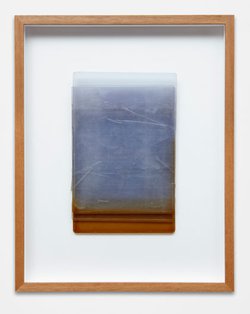 In the West Wing, CvsD is pleased to present New York-based artist Daniel Turner’s first solo exhibition in Chicago.  Often working serially or in sprawling installations, Turner embraces objects that have been abandoned or cast off, his working materials sometimes including large industrial vats or shards of metal trim, arrayed in nonchalant ways on a gallery floor.  For this exhibition, Turner will present several wall works consisting of found sheets of Polyvinyl Chloride in frames of his own design.  Delving deeply into the historical and chemical background of PVC, he’s interested in the process of decomposition that they engender, the way they yellow as they (very) slowly oxidize, the amber hues that they assume as they break down.  At once recalling Minimalism’s industrial orientation, the fugitive materials of Eva Hesse, and an earthen organicism more expressive than hard-edged, Turner’s readymades call into play the fragility and ephemerality of time’s passing.  Among numerous shows, in 2016 alone Turner has mounted solo presentations at Franklin Parrasch Gallery, NY, Parrasch Heijnen Gallery, LA, and has upcoming exhibitions with König Galerie, Berlin in September and Karma Armagansett, Armagansett, NY in October.