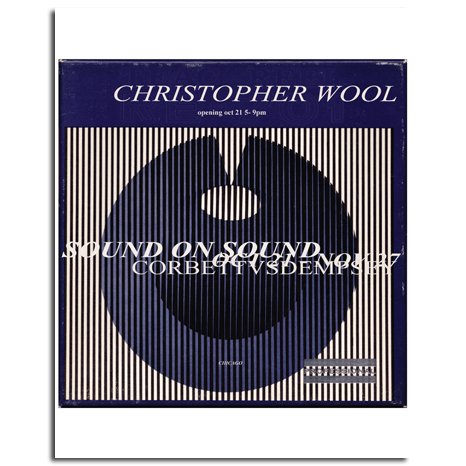 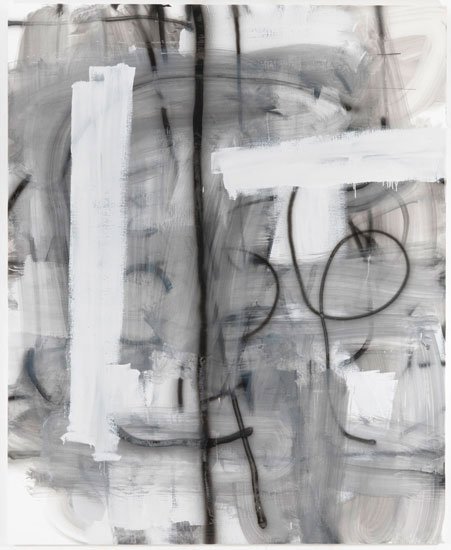 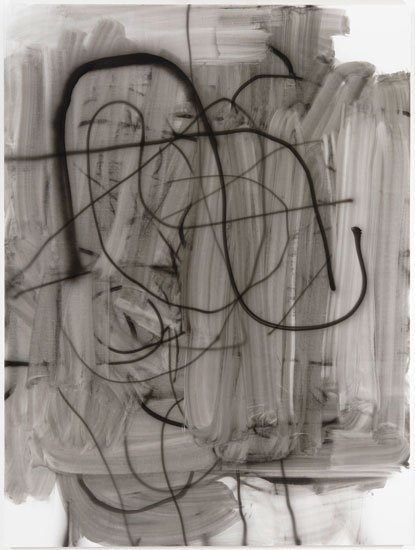 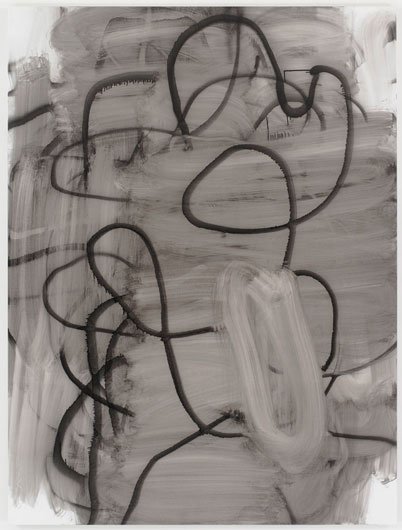 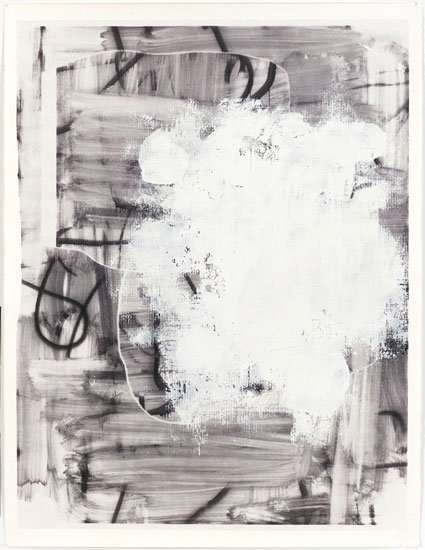 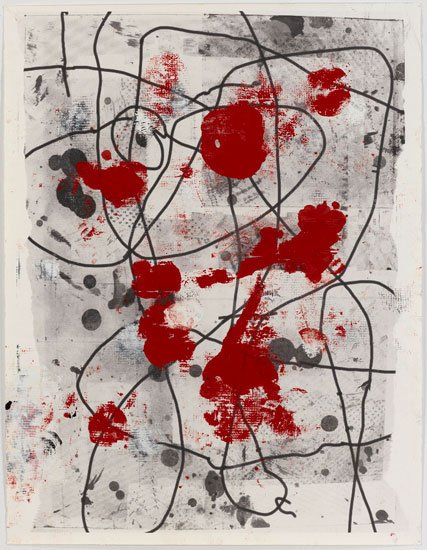 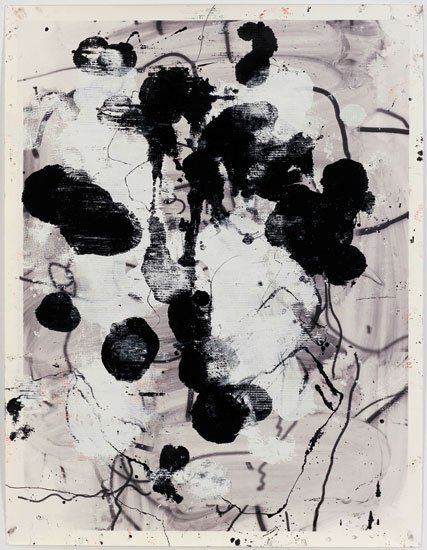 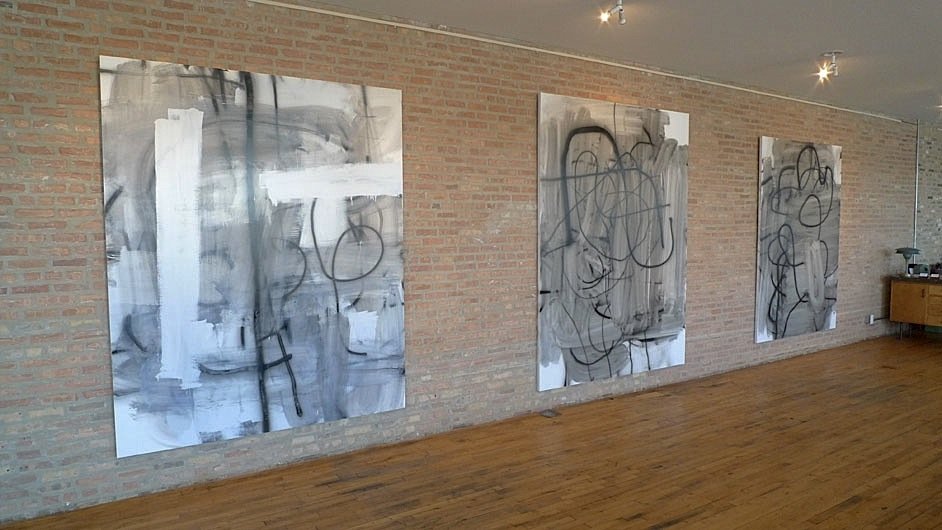 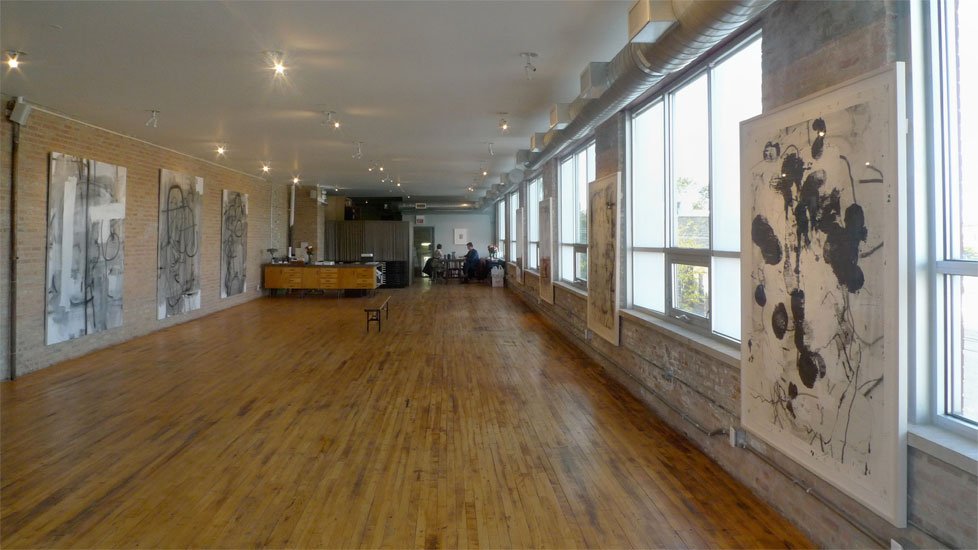 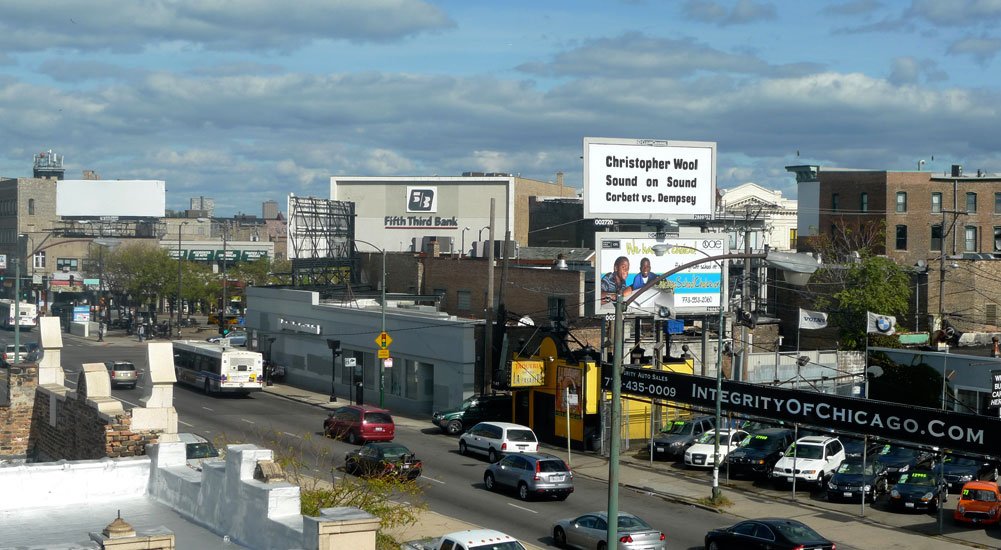 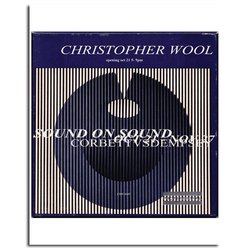 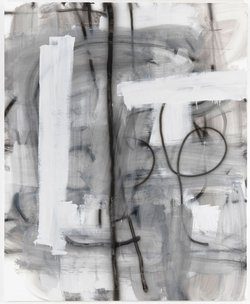 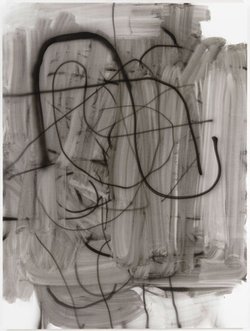 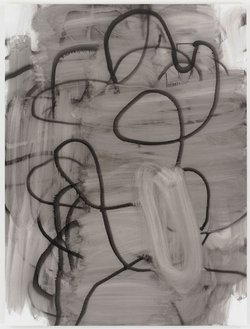 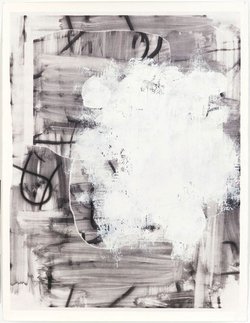 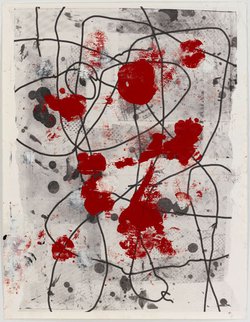 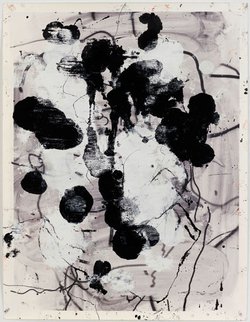 Corbett vs. Dempsey is delighted to present Sound on Sound , an exhibition of new paintings and works on paper by Christopher Wool.

This is the first solo show for Wool in Chicago since 1986. He lives and works in New York City and Marfa, Texas, but was raised here, in Hyde Park. An internationally renowned painter, Wool first rose to prominence with a series of bold text-based paintings, some of which were shown in an important three-person exhibit at The Renaissance Society (with Albert Oehlen and Georg Herold) in 1989. Over the last thirty years, Wool has explored many different methods for creating abstract images, often utilizing printmaking techniques in combination with painting. His palette is generally reduced to black, white, and grey, with occasional passages of color taking on a highly dramatic role. In his more recent works, including those in this show, he uses enamel on linen, spray painting looping black lines, then erasing or blurring them with rags, engaging in a complex play of presence and absence, gesture and cancellation.

Part of the exhibition’s inspiration comes from the music of Joe McPhee, an important underground jazz musician from Poughkeepsie, New York. McPhee is a favorite of both Wool and Corbett vs. Dempsey, and the title of the show comes from a 1968 recording of his that has never been issued. McPhee performs solo at the gallery on November 20, 2010 in celebration of the first release of this incredible music. Wool designed the CD covers and used ephemeral McPhee materials in his designs for the exhibition invitation and advertisements. The double CD set is available for sale in the gallery and online.