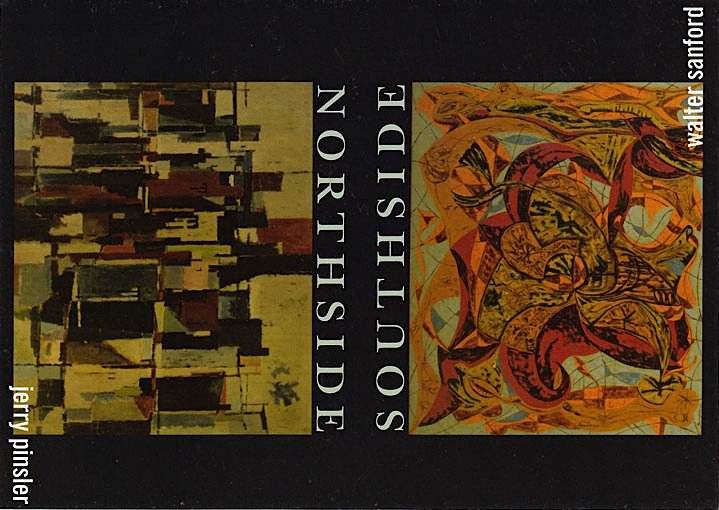 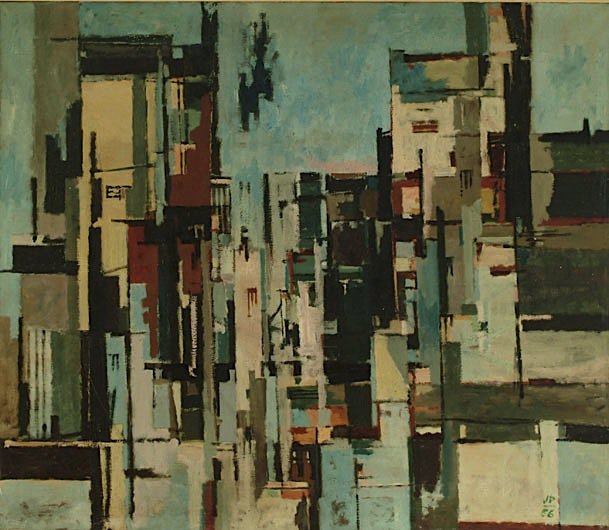 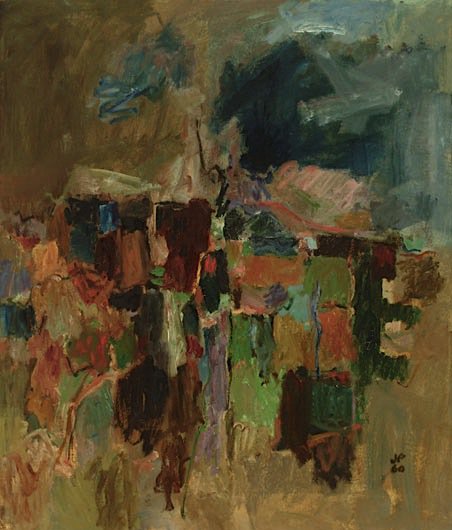 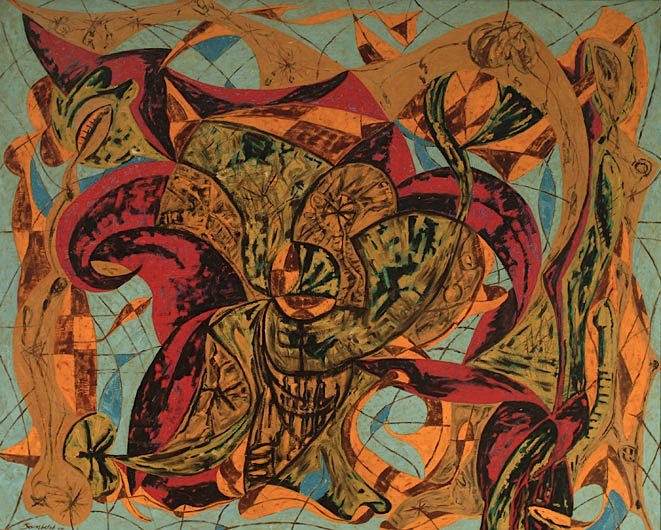 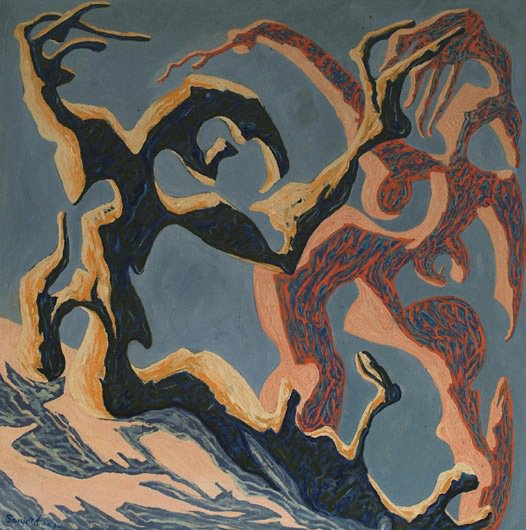 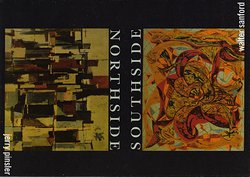 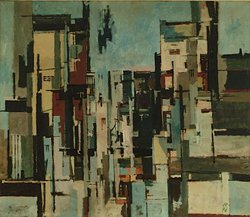 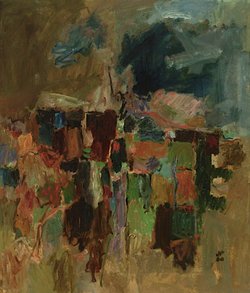 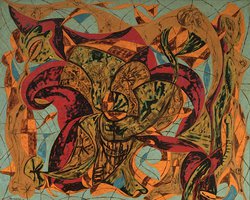 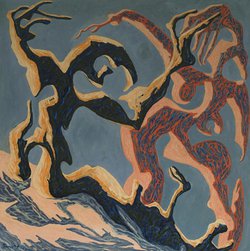 Emphasizing both the diversity and dividedness of Chicago’s art scene, this show spotlights two great abstract painters who worked at the same time in the same city, painting in styles that were not too distant, without knowing one another. Walter Sanford first rose to prominence on the South Side in the ’40s, when he had his first one-man shows at venues like the South Shore Cultural Center. Sanford was heralded as “the black Picasso” for his cubist figure paintings and he won the Prix de Paris in 1952. Travelling widely in the ’50s, he was influenced by Gorky, Pollock and other New York painters, and he became one of the only black abstract expressionists in Chicago. Five of his beautiful, large biomorphic abstracts, executed in Las Vegas and showing the influence of the Nevada desert, will be on view in this exhibit, which is the first major showing of Sanford’s work since his death in 1987. North Sider Jerry Pinsler was well known in Chicago painting circles in the ’50s for his sensitive rectolinear abstracts. A toy designer by trade, Pinsler was a member of Exhibit A, the historic artist collective, and like Sanford he showed widely for several decades. A selection of Pinsler’s extraordinary ’50s abstract expressionist canvases will constitute the first sizeable showing of his work since he had a one-man show at Richard Gray Gallery in the late ’60s.