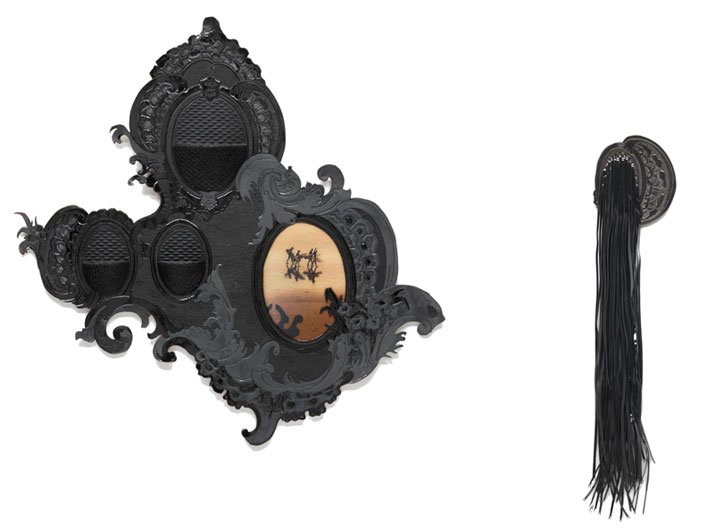 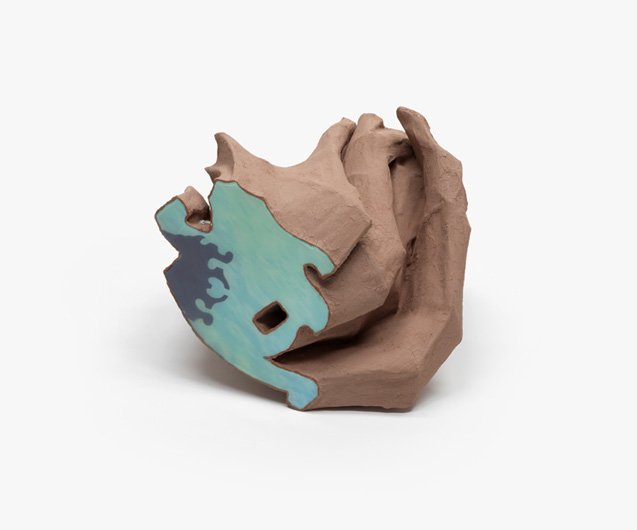 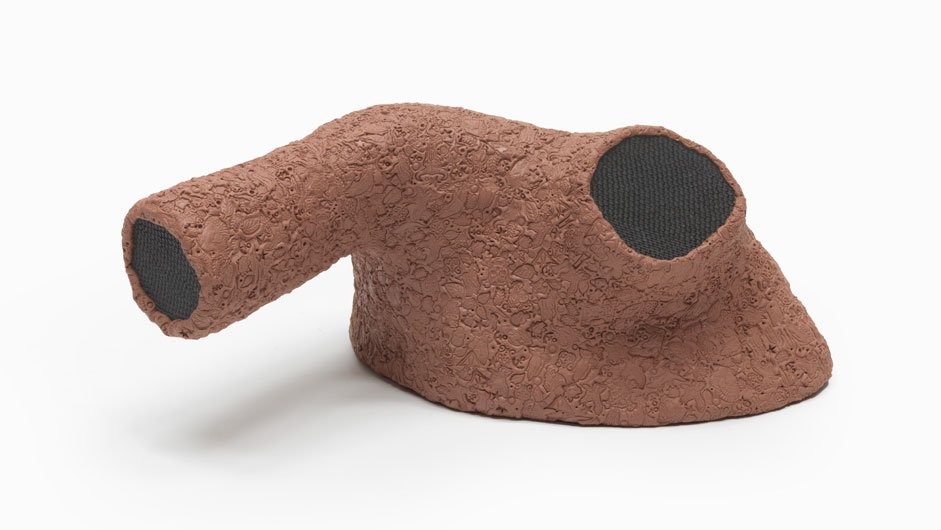 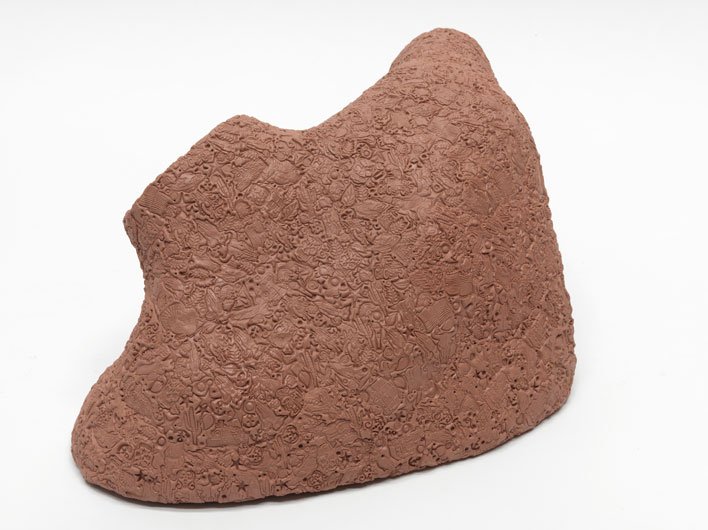 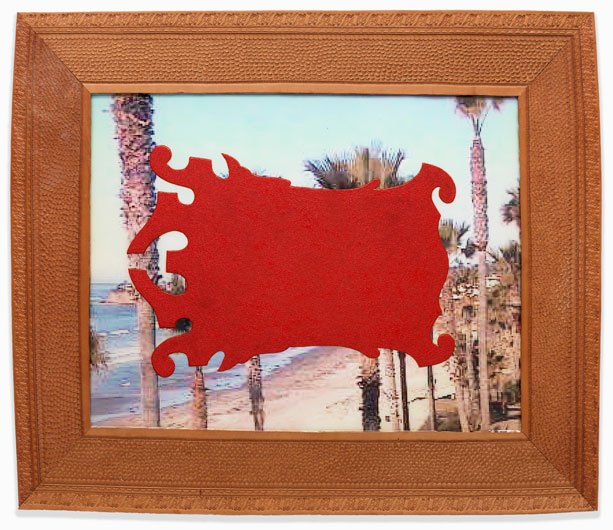 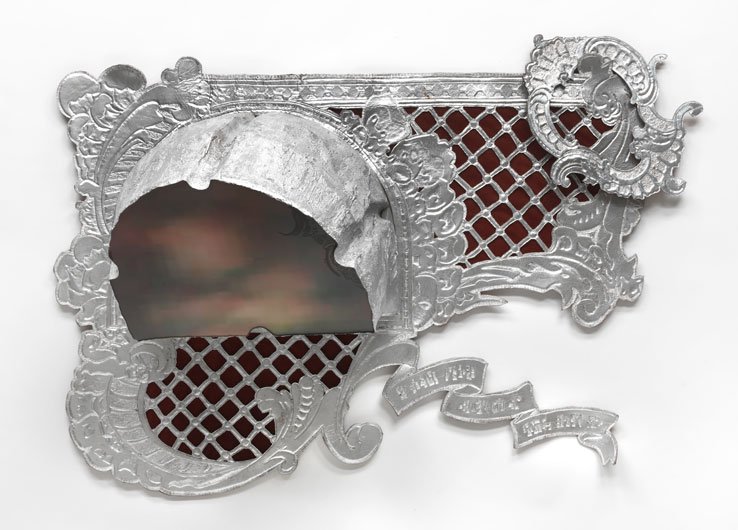 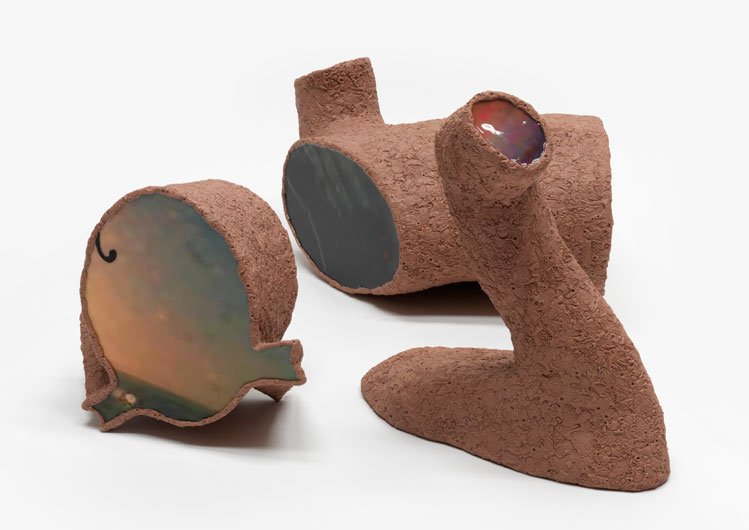 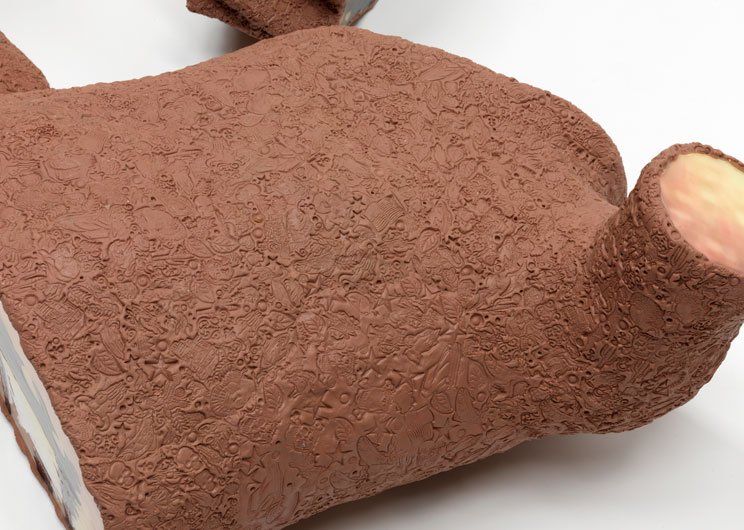 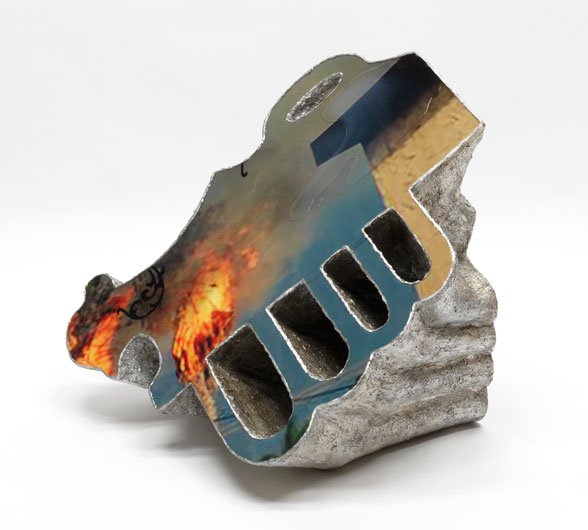 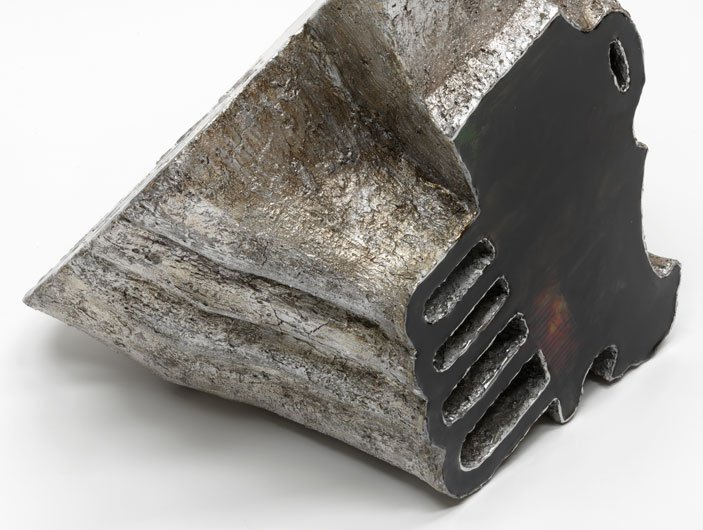 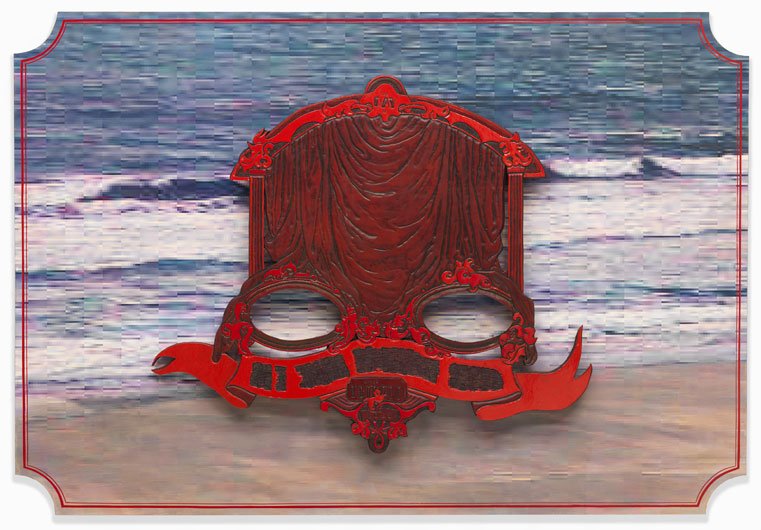 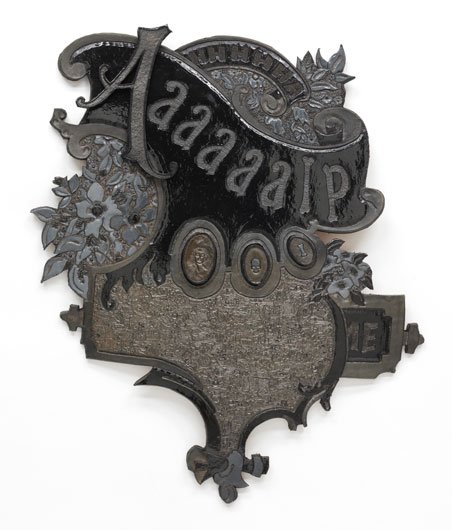 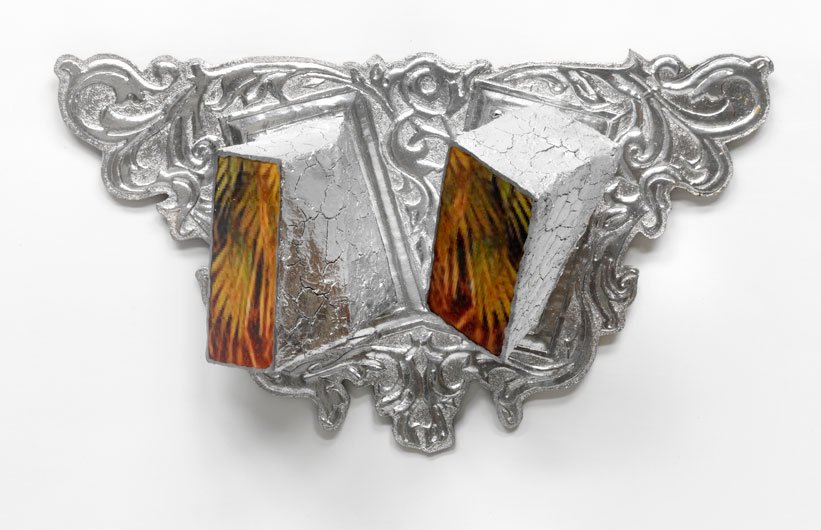 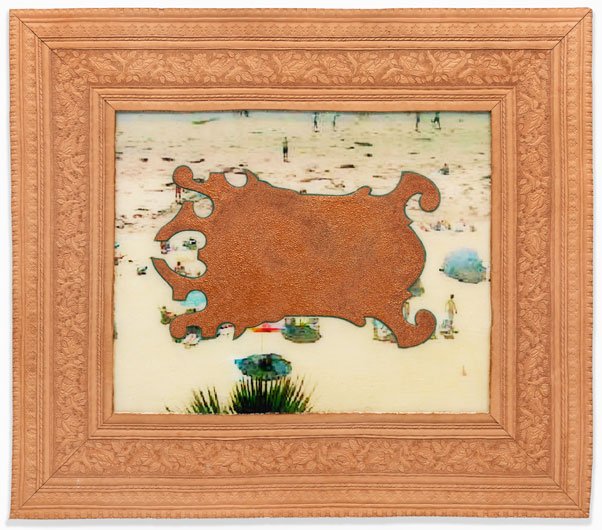 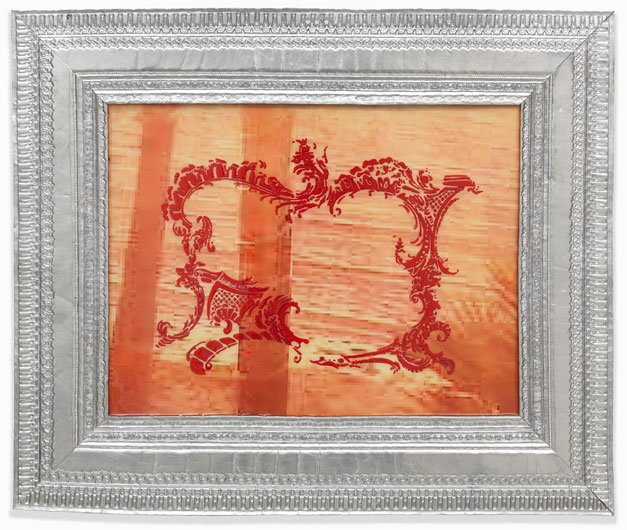 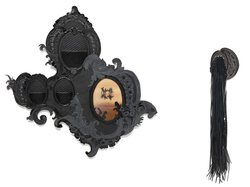 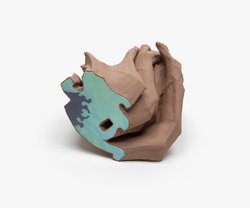 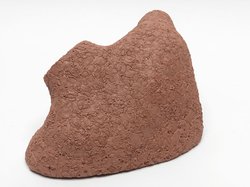 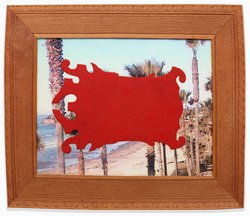 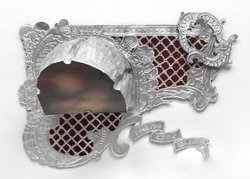 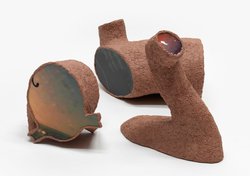 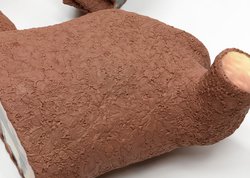 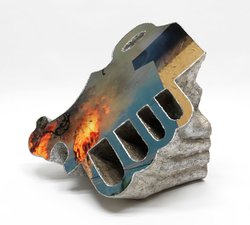 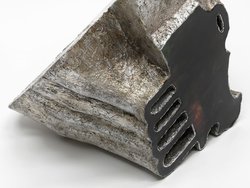 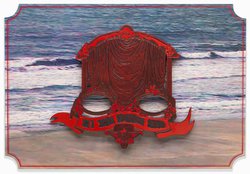 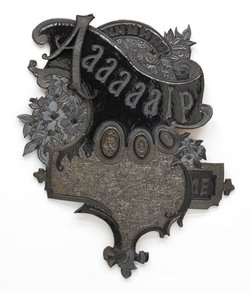 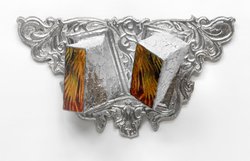 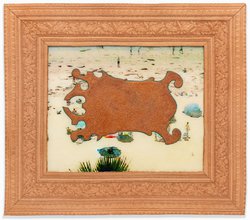 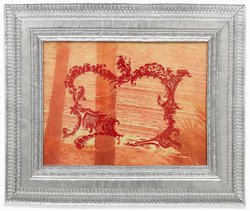 Carol Jackson has been flummoxing and delighting viewers in Chicago for 25 years.  Her work has often dealt with languages of ornament, borrowing from and perverting the marginal scallops, scrolls, and ribbons that are holdovers in contemporary culture from the Victorian era.  A precise and disciplined craftsperson, she has chosen tooled leather as a frequent material, most recently in combination with degraded photographic imagery.  Jackson’s new work – some of it wall-hanging, some free standing sculpture – has left the more declamatory modality of earlier pieces for a productively ambiguous abstraction, in which a form is at once clearly a torso and at the same time an unnerving lump, while in another work titled “Yes Master,” an elaborate black frame is accompanied by a satellite object equipped with a whip-like fringe.  Impossible to encapsulate, Jackson’s uncanny work demands to be pondered in person.  Among her recent accomplishments, she had an incendiary solo show at ThreeWalls, Chicago, and was chosen for the Whitney Biennial, both in 2014.  This is her first exhibition at CvsD.