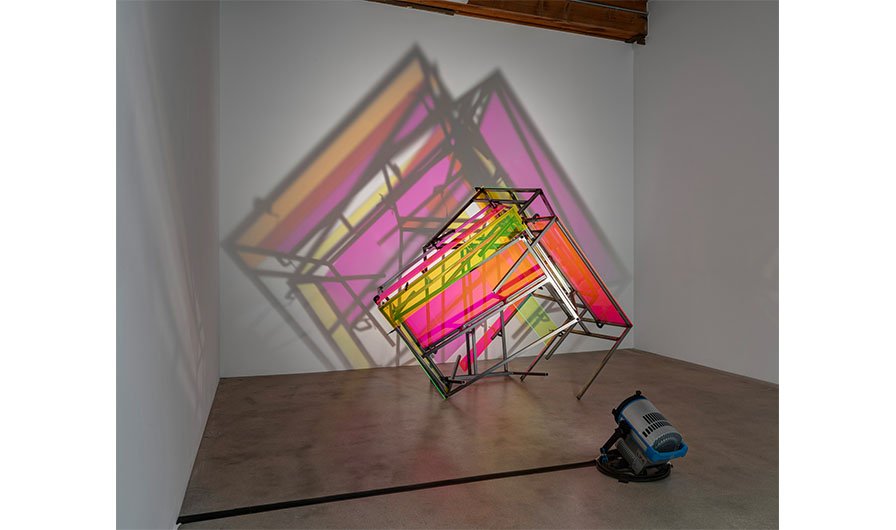 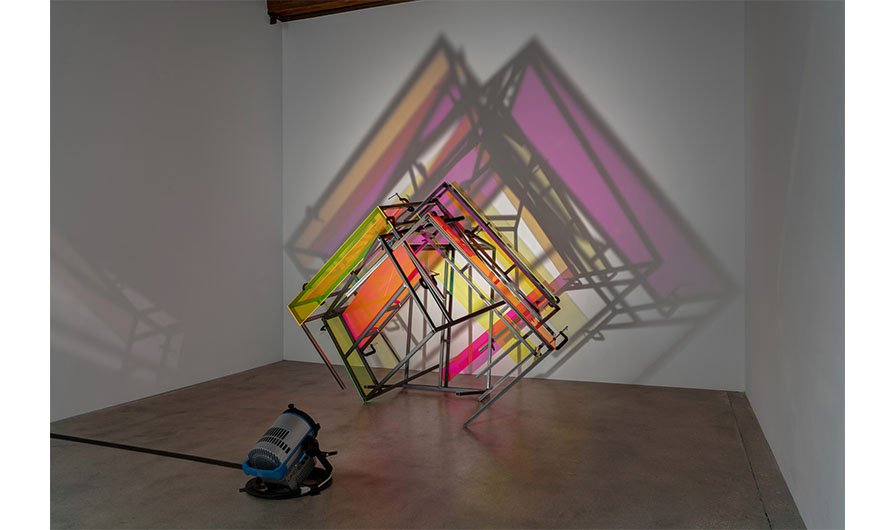 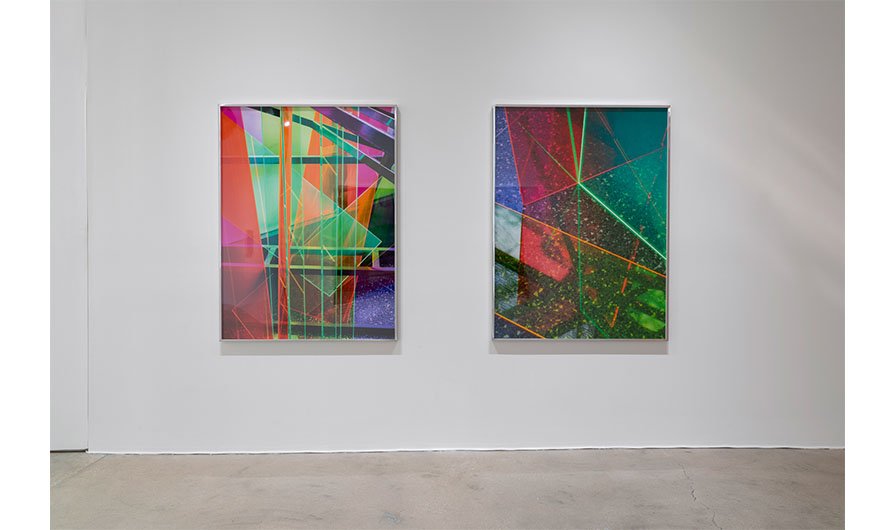 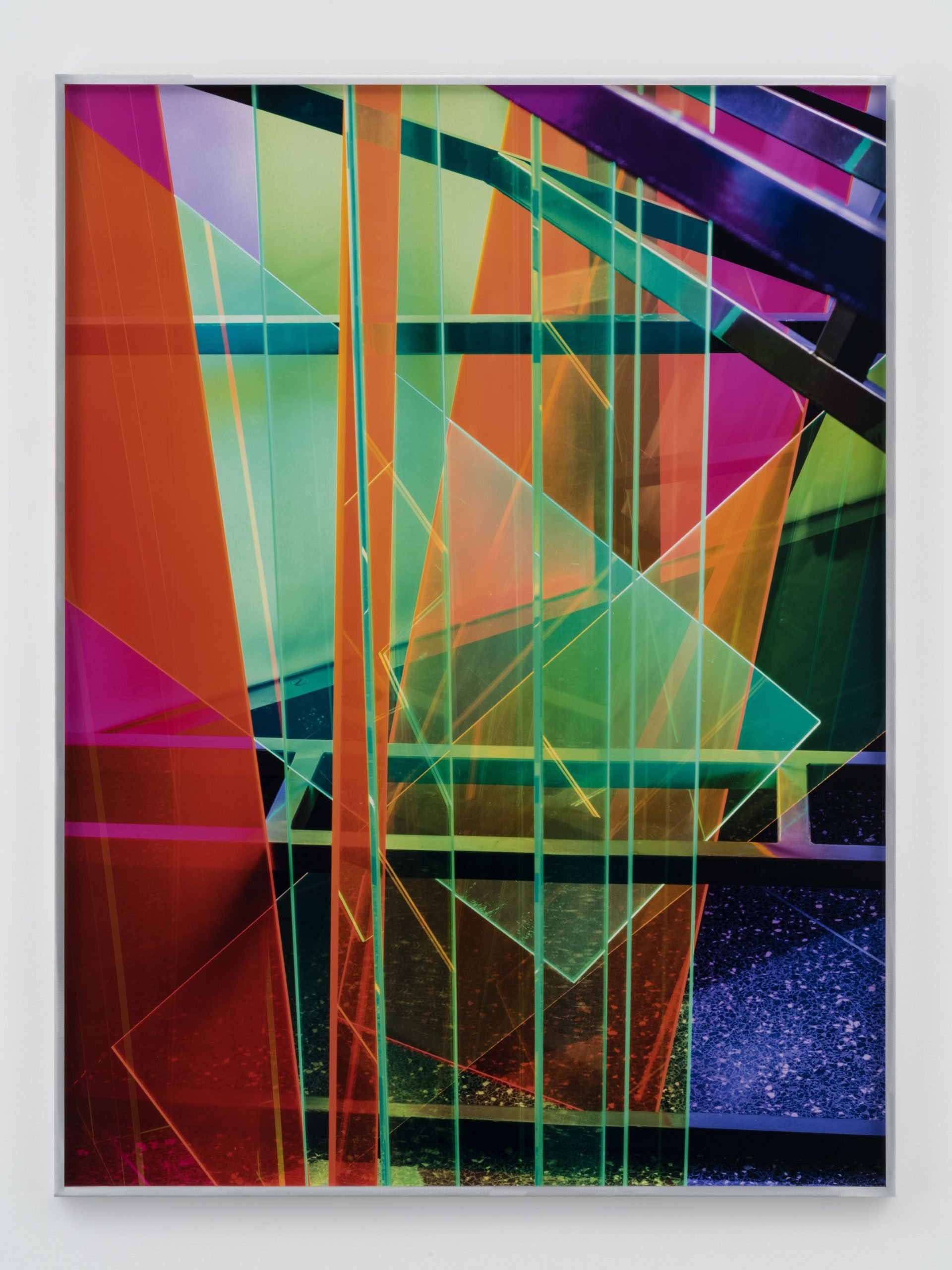 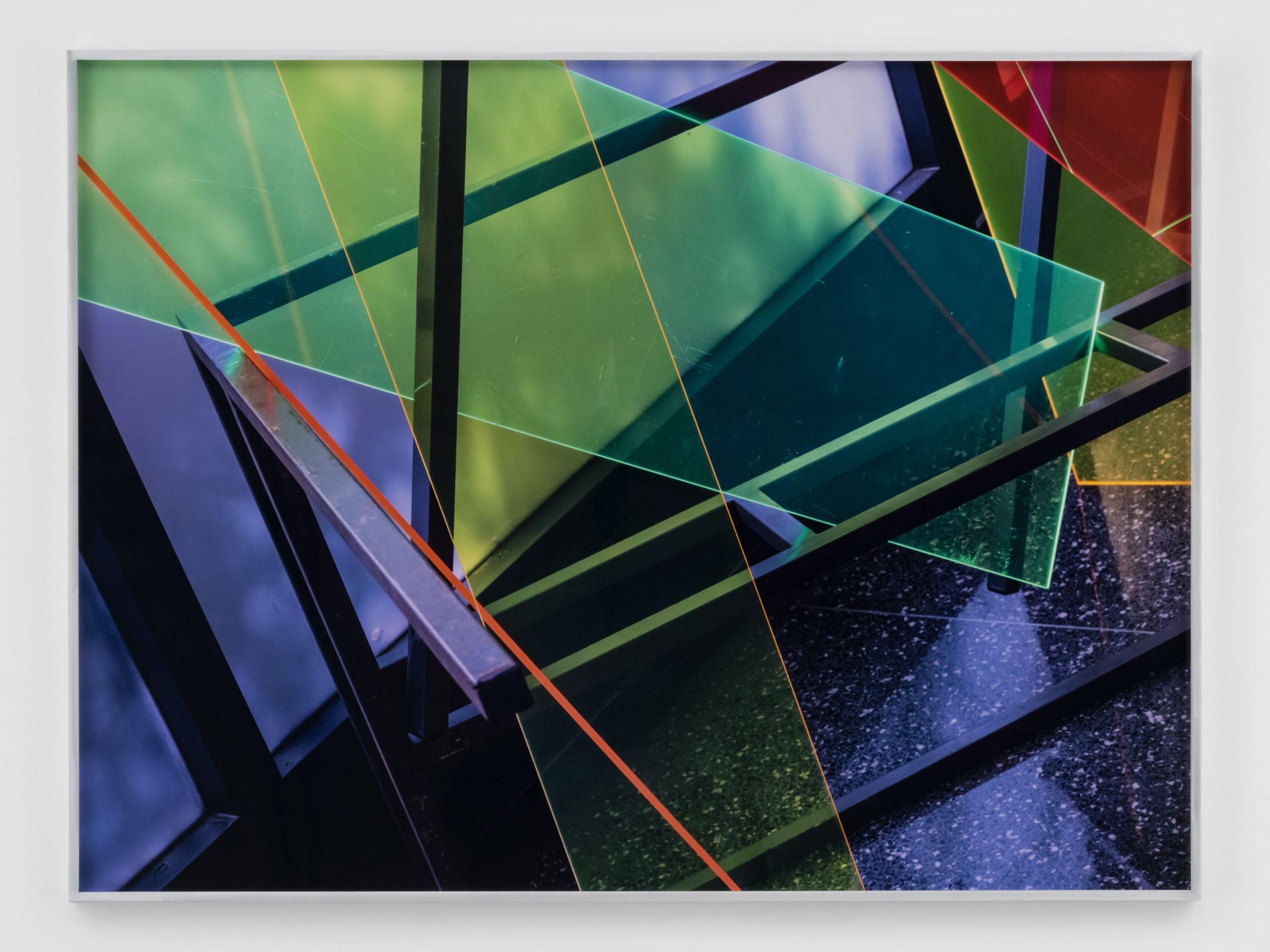 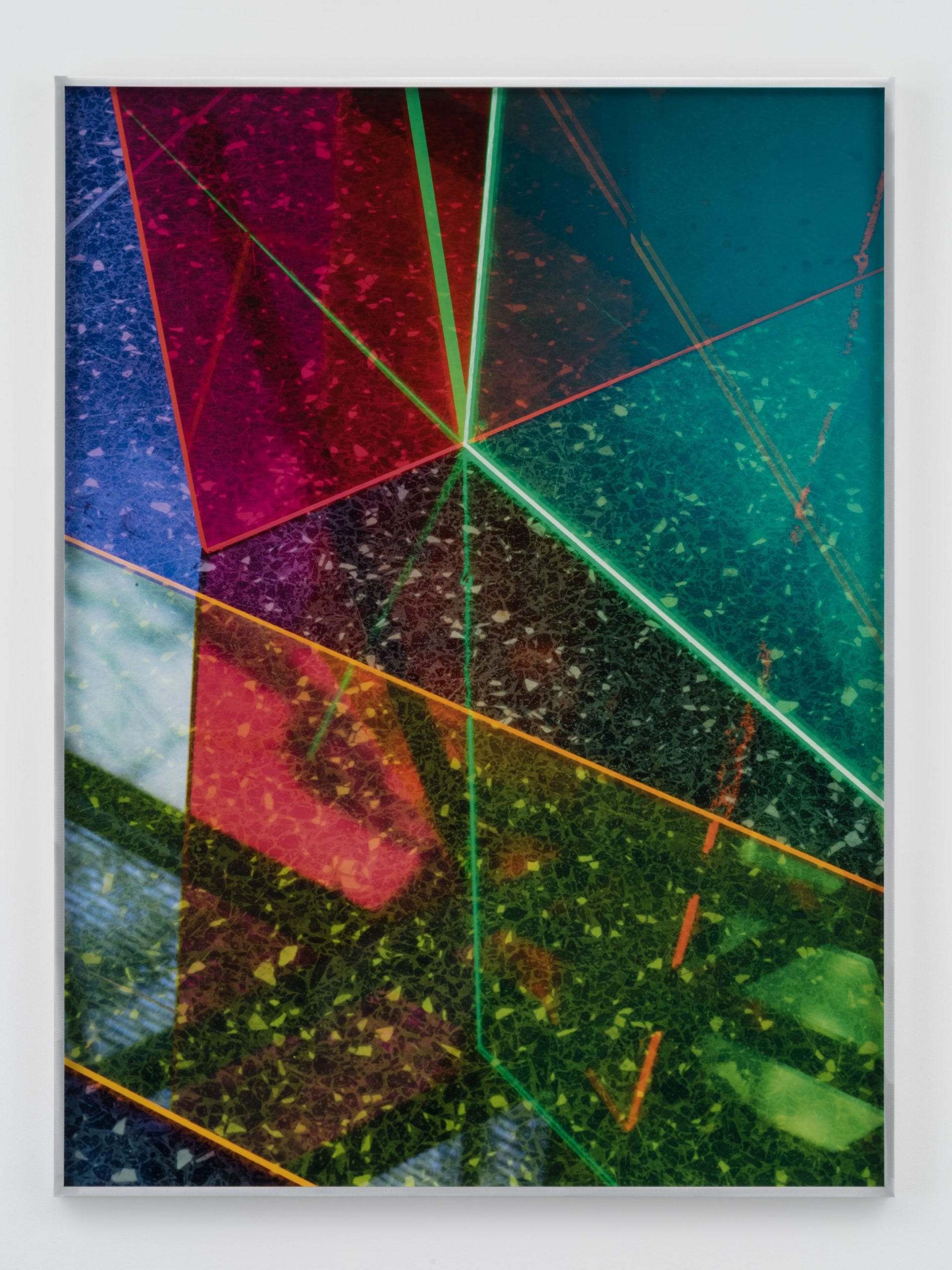 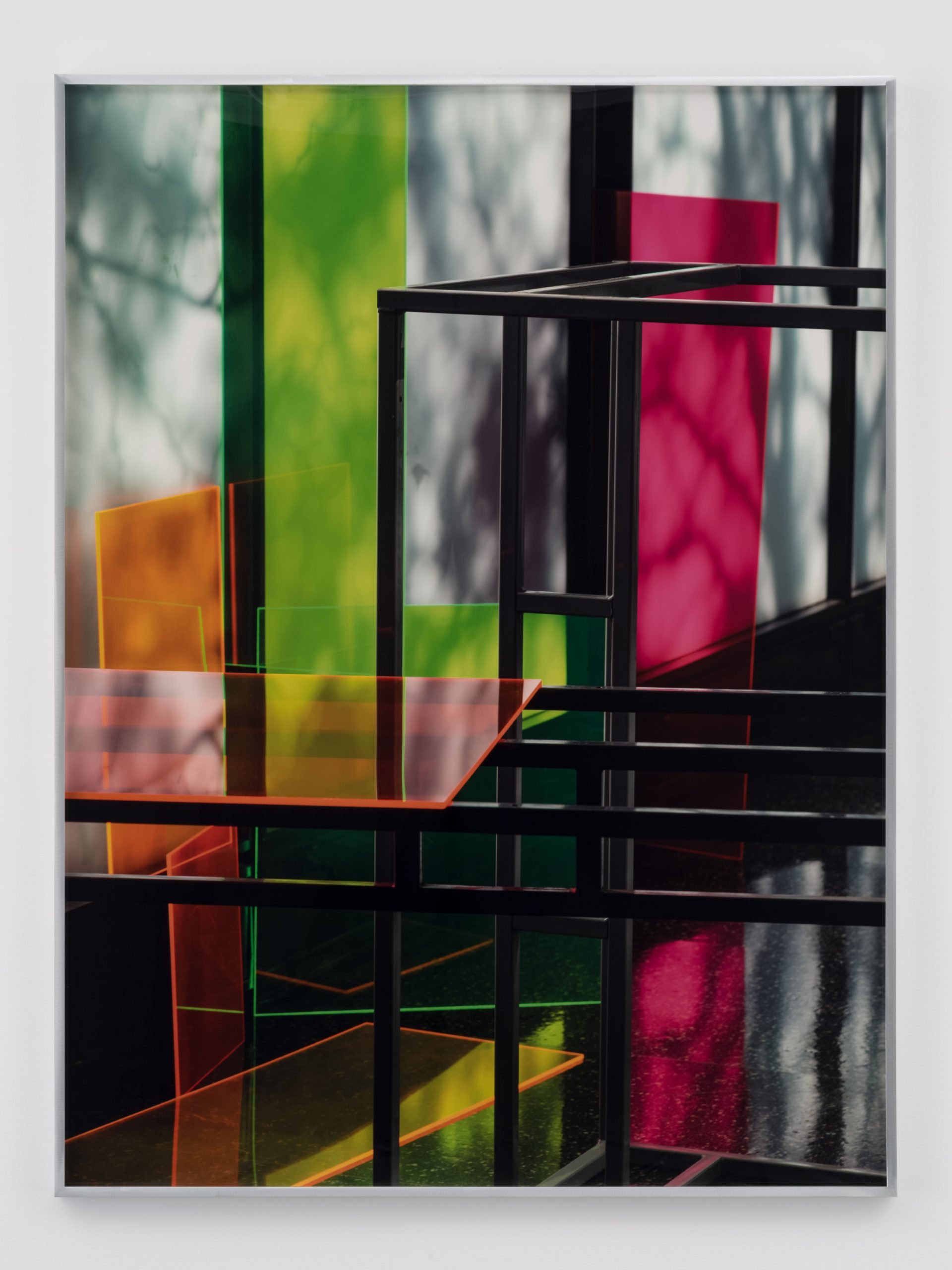 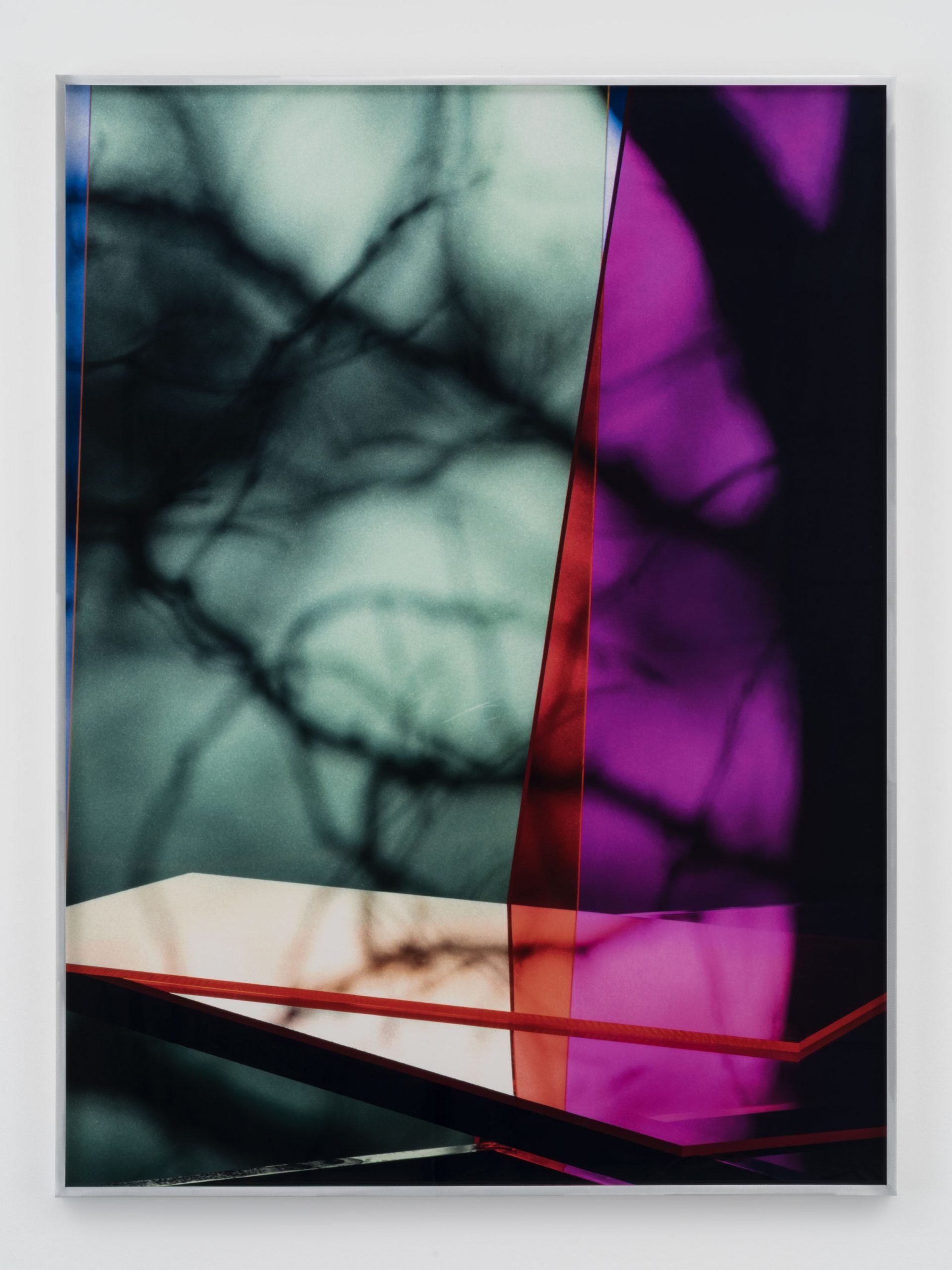 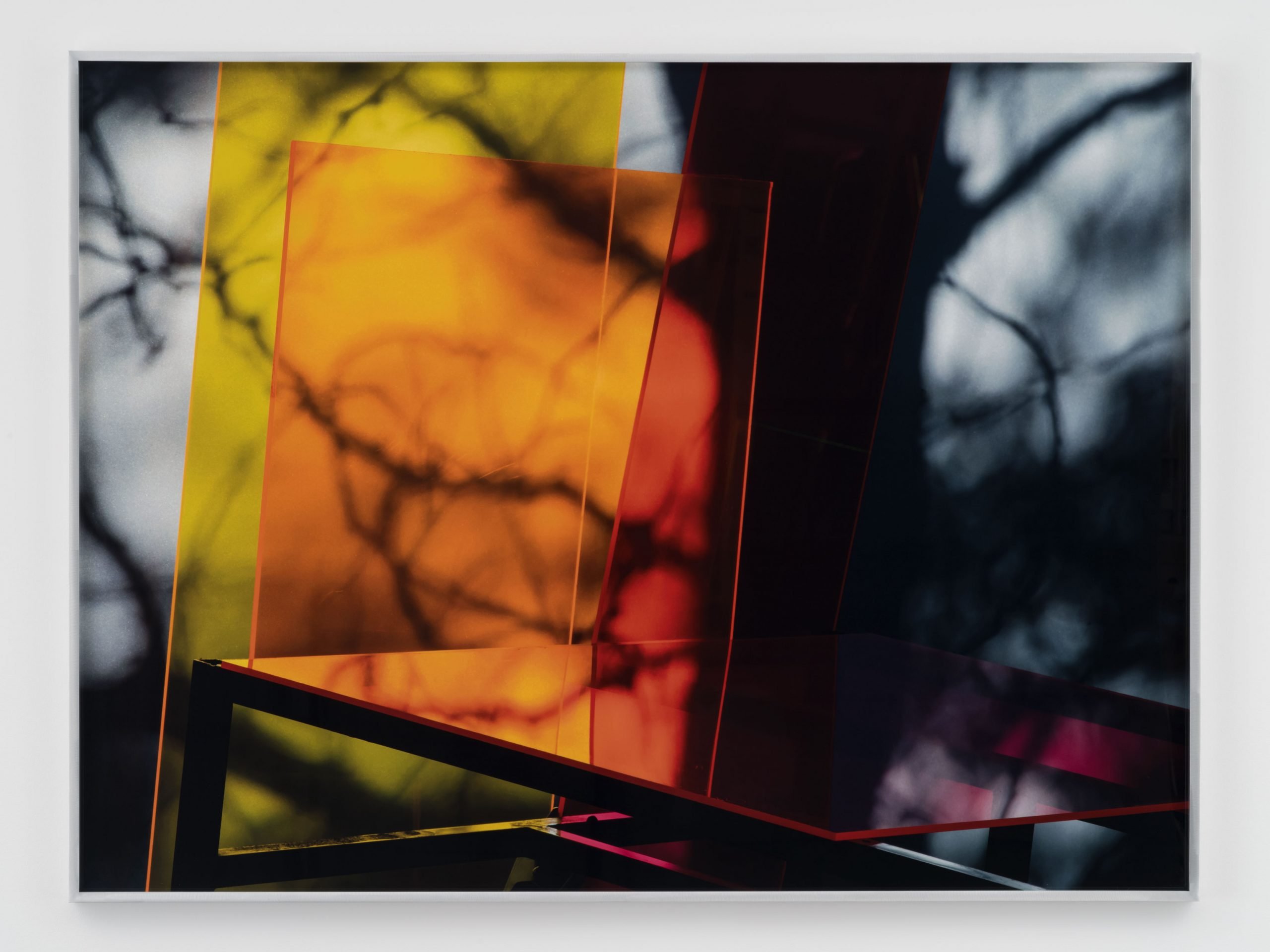 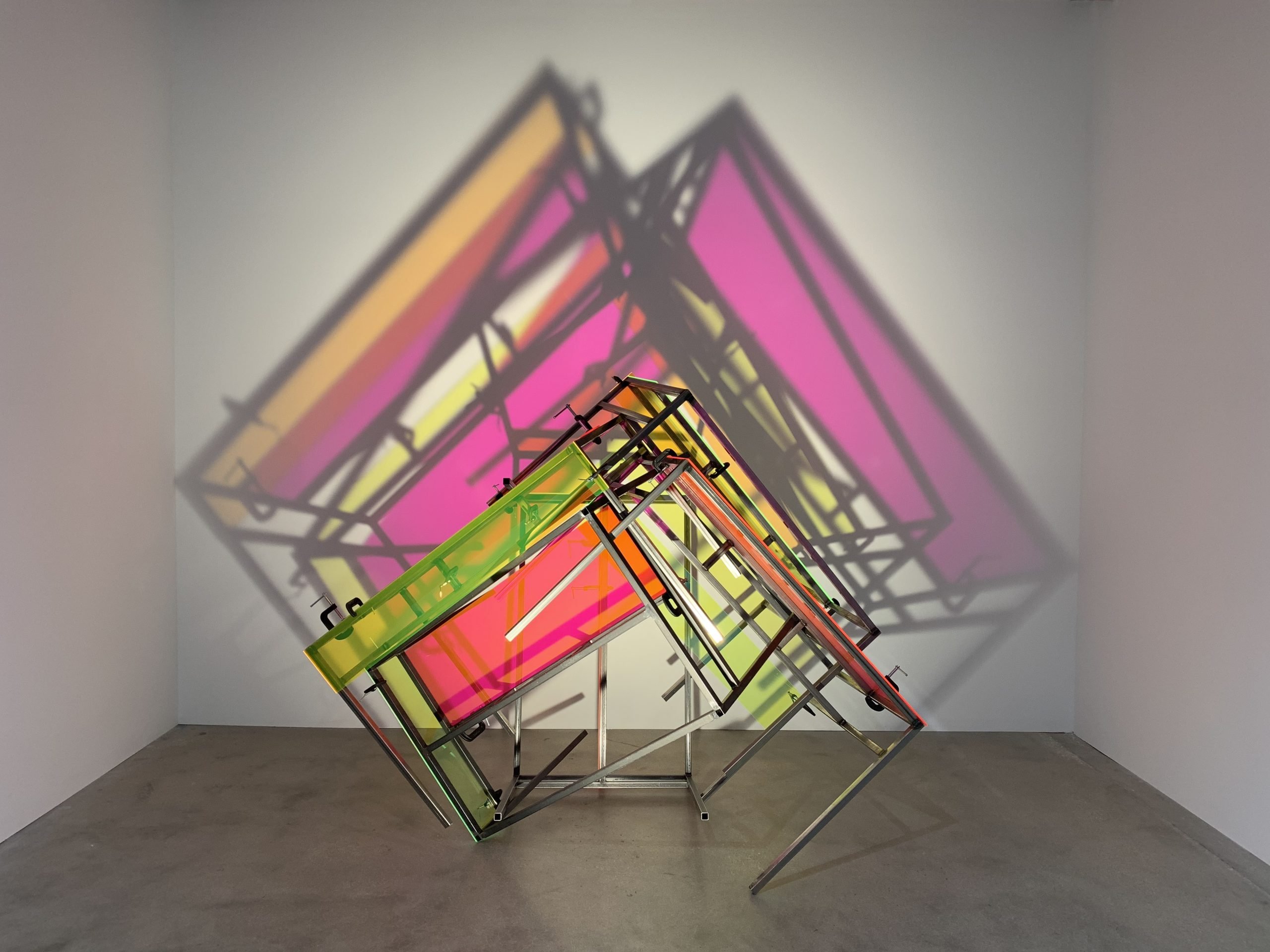 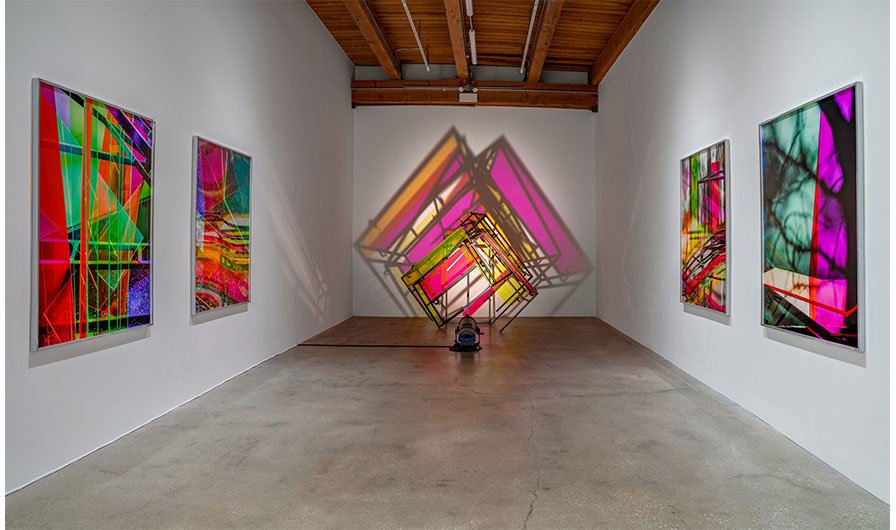 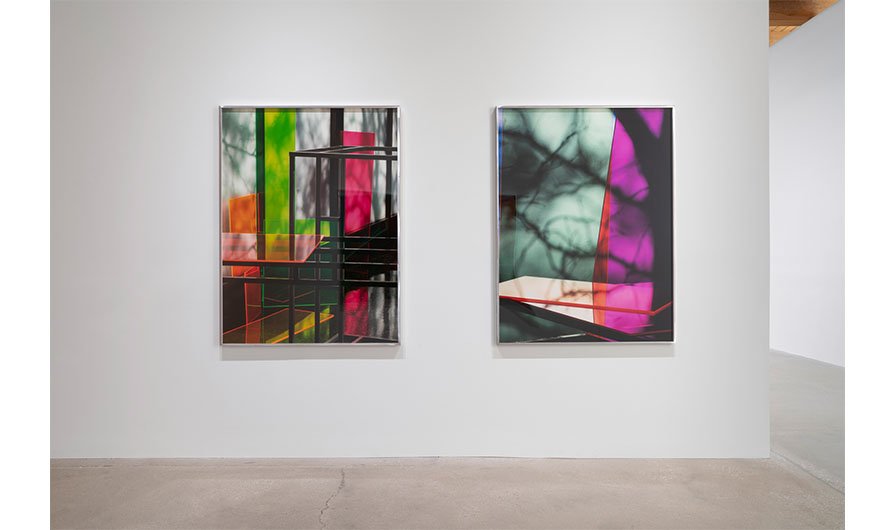 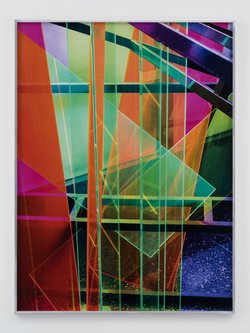 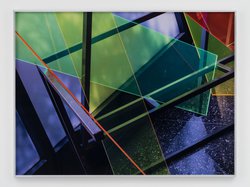 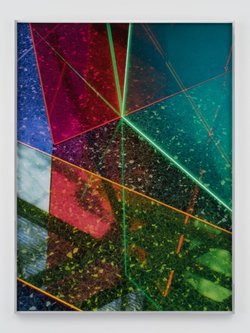 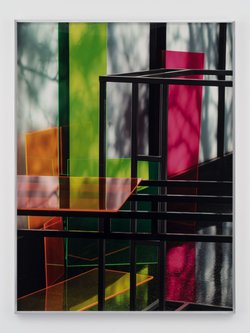 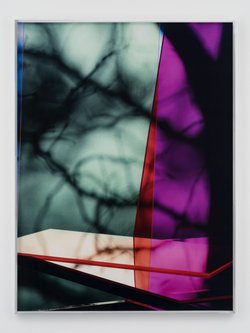 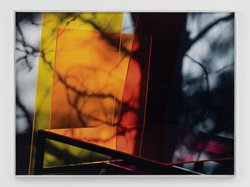 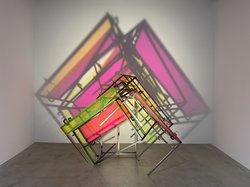 In the North Gallery, CvsD proudly presents The Crown Hall Project, an exhibition of photographs and sculpture by Barbara Kasten. Kasten generated this body of work after spending the summer of 2018 composing temporary, site-specific sculptures inside the Illinois Institute of Technology’s S.R. Crown Hall, an iconic building designed by Mies van der Rohe that functions as a studio space for the architecture school. She co-opted the students’ desks and paired them with pieces of fluorescent acrylic, some which were constructed to resemble the beams that are integral to the building’s structure. In addition to composing these multidimensional sculptures, she made a group of six photographs, shooting the same materials from uncanny angles. These compositions suggest challenging new versions of Mies’s hyperorderly architectural space. For CvsD, Kasten will show the six Crown Hall photographs alongside a new acrylic and steel sculpture that further compresses the hard angles and potent atmospheres of the original project. Over the last two years, Kasten has expanded and deepened the original project, creating increasingly complex sculptures. In 2018, she created “Intervention,” a related piece that was first exhibited as a backdrop for Chicago Humanities Festival Creative Chicago: An Interview Marathon, conducted by Hans-Ulrich Obrist. Next month, “Intervention” will be included in Frieze L.A.’s Frieze Projects 2020 on the Paramount Studios famous backlot. Exhibition opening: January 17, 6-8pm