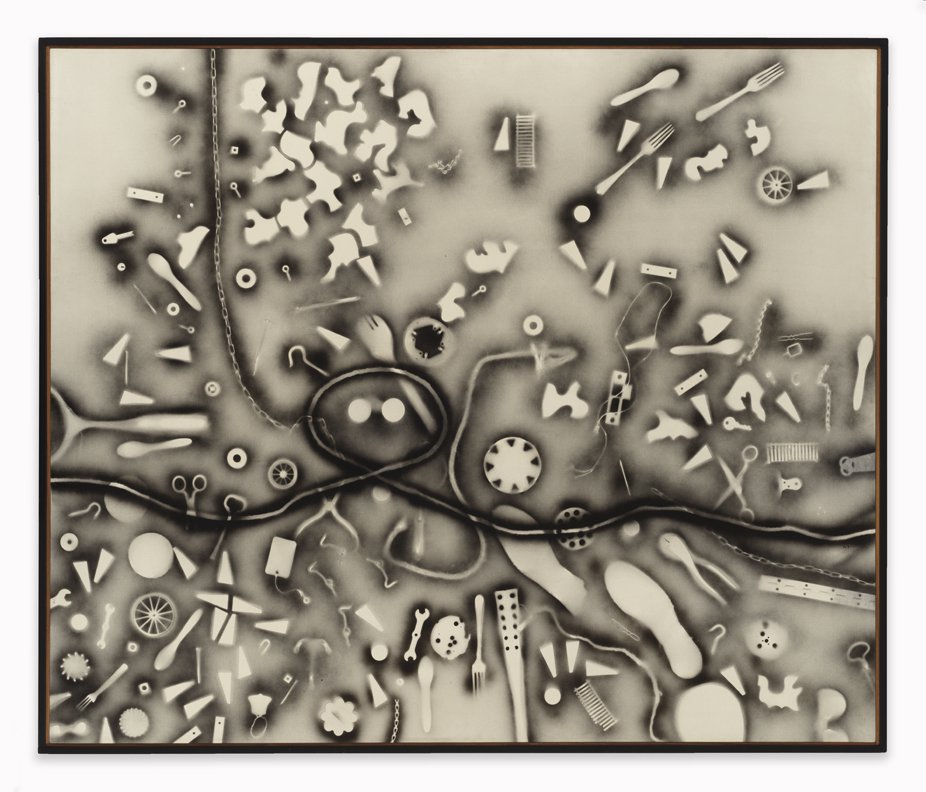 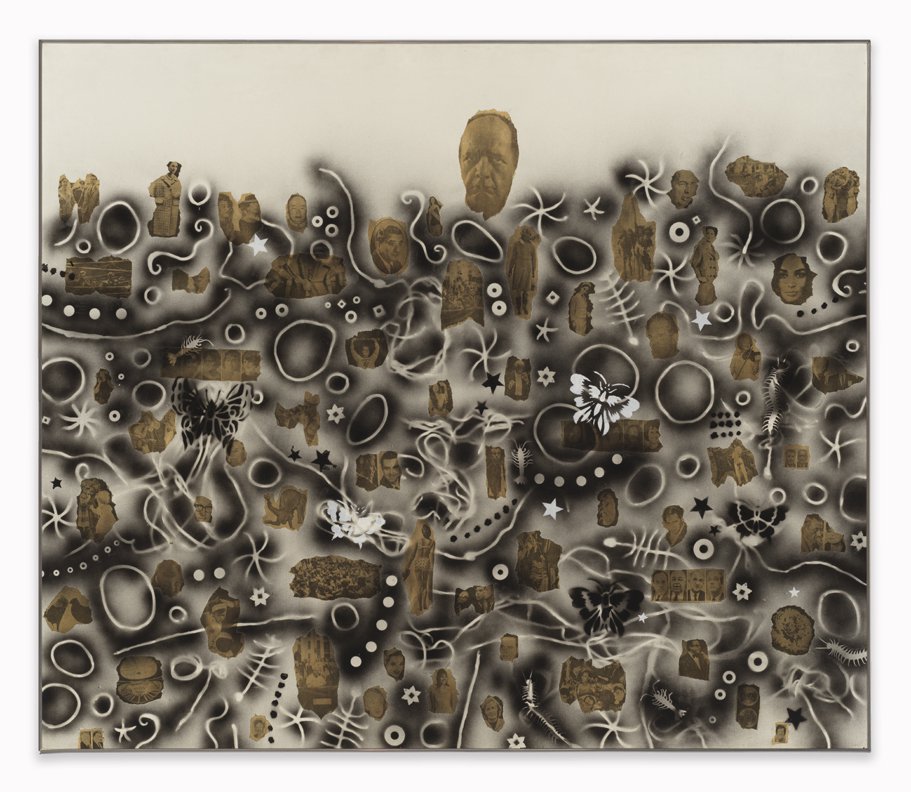 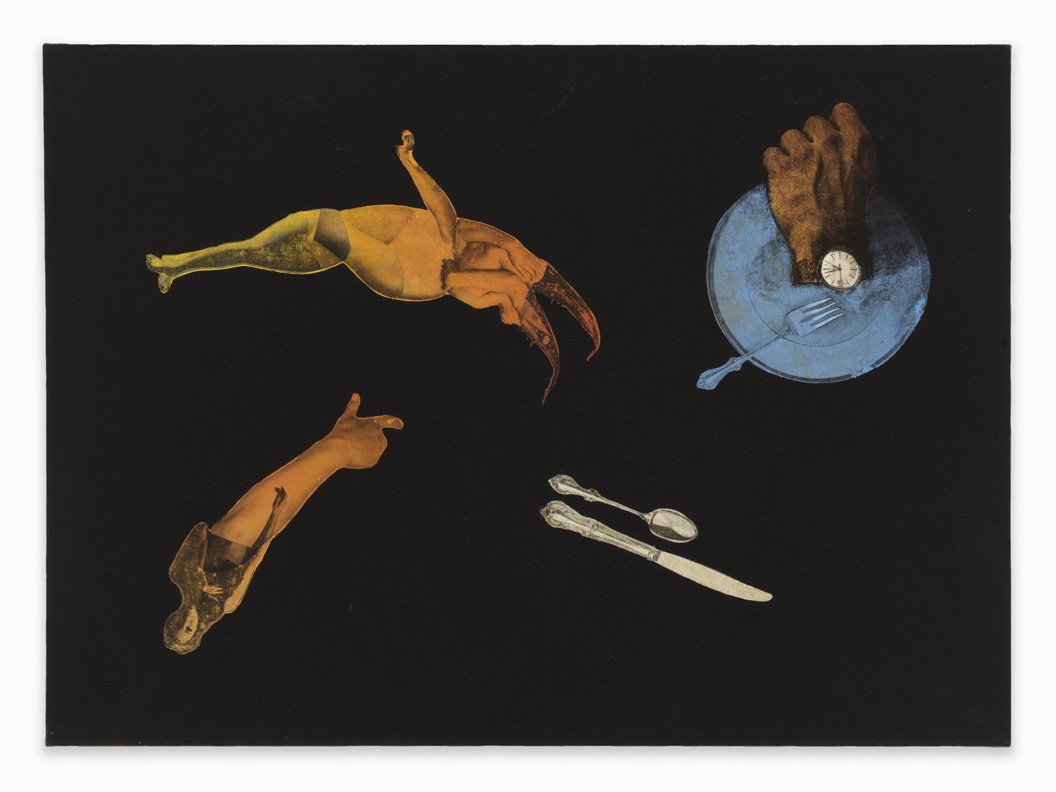 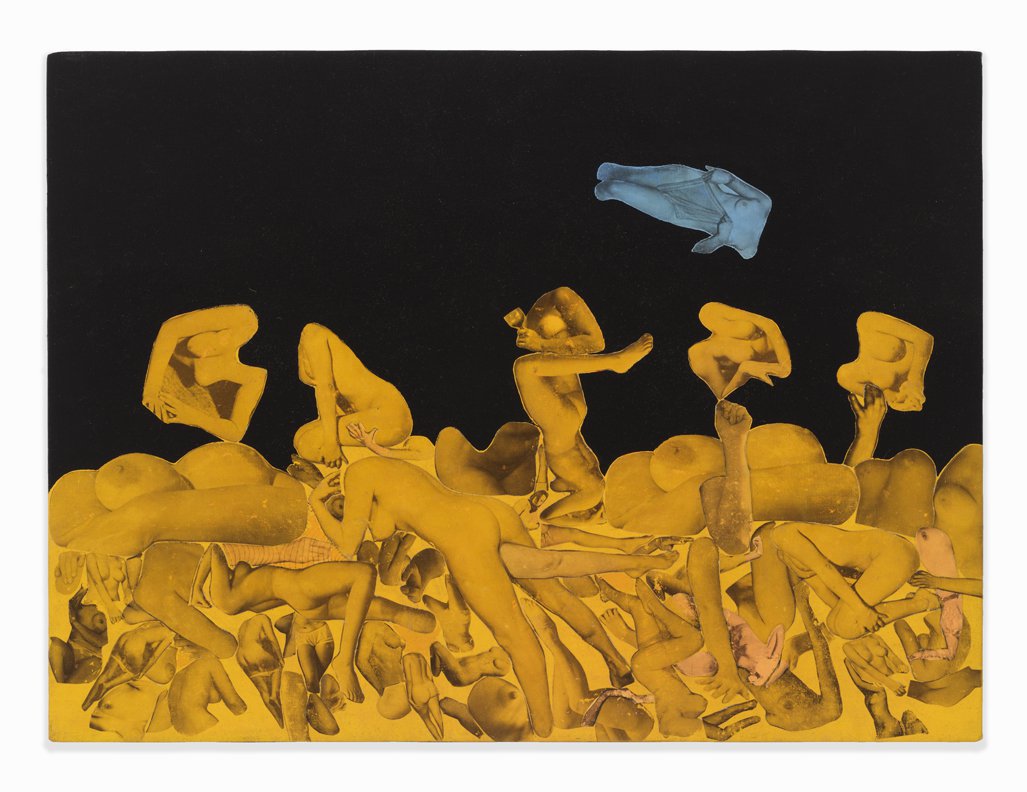 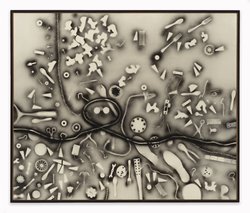 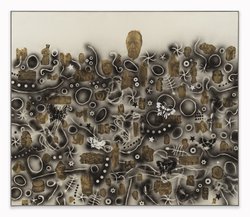 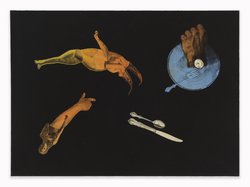 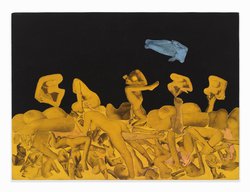 At Art Basel 2019, Corbett vs. Dempsey is pleased to present a solo booth featuring Dominick Di Meo. Di Meo (born Niagra Falls, NY, 1927), was a central figure in the group known as the Monster Roster, postwar Chicago’s enclave of figurative expressionism and existentialist art, which included Leon Golub, June Leaf, Nancy Spero, and Cosmo Campoli. Influenced by Jean Dubuffet, Ivan Albright, Mexican folk art, and Greco-Roman frescos, he made low relief paintings with craggy surfaces and darkly humorous themes, some relating back to his childhood experiences in a polio ward. The works featured in CvsD’s booth were made just after a two-year stint in Italy (1962/3), during which Di Meo created a breakthrough group of small canvases utilizing unusual materials including polymers. Back in Chicago, Di Meo discovered a way to use transparent polymers to transfer images, leaching ink from certain kinds of newsprint directly onto canvas. With this Di Meo began a long investigation of transfer collage, composing works increasingly ambitious in scale and complexity. On surface lighter in tone, but still carrying his trademark dark humor, with forms sculpted out of piles of photographic images of nude figures, some of these works were deemed pornographic by his Chicago gallery and are exhibited here for the first time. In one of Di Meo’s repeated configurations, he situates a head form atop a horizontal ground, composing something he terms a “torsoscape.” In 1967, Di Meo was selected for the Annual Exhibition of Contemporary Painting, predecessor to the Whitney Biennial, and two years later he resettled in New York, where he continues to live and work, age 92. Unquestionably American, with an oblique and critical relationship to Pop, but keeping an eye to the material pictures of European artists like Antonio Tapies and Alberto Burri, and ever resonant with Dada and Surrealist forbearers, Di Meo conjured his own distinct imagery, a vivid Windy City imaginary comprised in equal parts of the whimsical and the macabre.