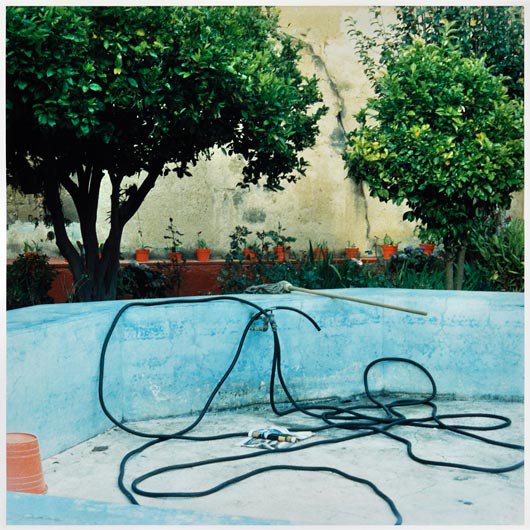 In the East Wing, CvsD is pleased to exhibit a suite of photographs by Amy Blakemore. Born in Tulsa, Oklahoma, in 1958, Blakemore is based in Houston, where the Art League of Texas named her Artist of the Year in 2015. Blakemore’s wonderfully eerie photographs of objects, spaces, and people are all hand-developed from film in her wet darkroom. Starting in the 1980s, she used the inexpensive format Diana cameras, and more recently she’s been using a 1953 Robot Royal camera, which takes square photographs on regular 35mm film. CvsD will be presenting eight of the latter, immaculate little encapsulations of the oddness of the everyday.