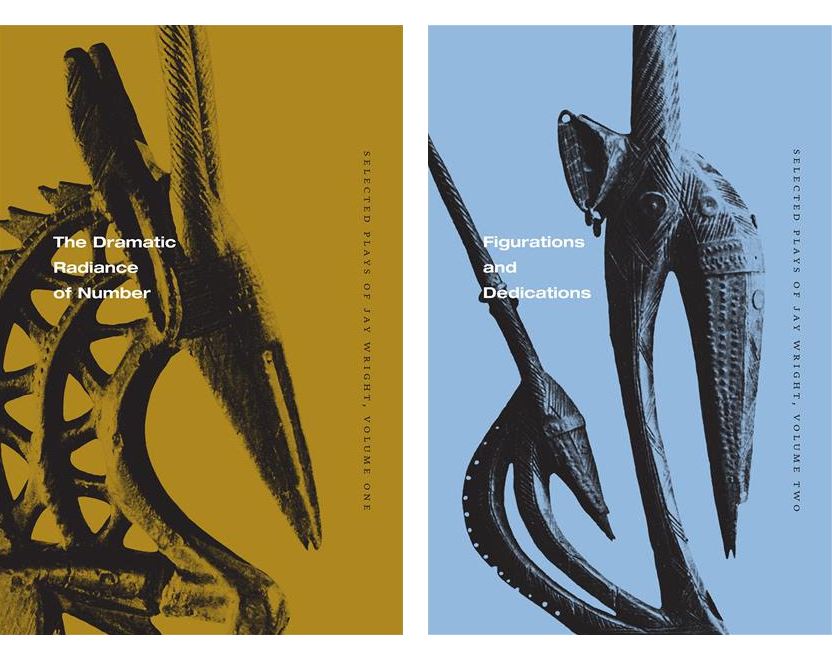 Please join Every house has a door at Corbett vs. Dempsey for a staged reading of the first ten pages of the play Passage from Selected Plays of Jay Wright Volume I: The Dramatic Radiance of Number, directed by Lin Hixson, featuring performers Sebastián Calderón Bentin, Kenya Fulton, Matthew Goulish, and Jenny Polus. A live musical set for solo saxophone by Nick Mazzarella will follow the reading.

This two-volume set, the first such collection of this esteemed poet’s writing for the theater, offers an expansive look into an under-explored area of his body of work, spanning over four decades, from the early 1970s to 2015. Those who know Wright’s poetry will find familiar rhythms and figures. New to the scene, however, is the mobilization of polysemy, quantum entanglement, and global-American identities within theatrical form. Arriving amid a pandemic, however, when the face of theatre has been forced to change in order to comport itself to new restrictions on liveness, these texts seem to challenge us to find other ways to perform, to tell stories, to grow together. Moving between Vermont, the Sandia Mountains, unnamed rivers, San Pedro, an urban square, Boca Negra, Mesa City, and numerous liminal spaces of ritual and incantation, these plays, selected by Jay and Lois Wright, showcase quotidian terrestrial affairs spliced with spiritual ascendency.

Selected Plays of Jay Wright was made possible in part by subscribers and supporters of Kenning Editions. Every house has a door gratefully acknowledges support for this publication and this event by The MacArthur Funds for Art and Culture at the Richard H. Driehaus Foundation, and the generosity of individual donors.