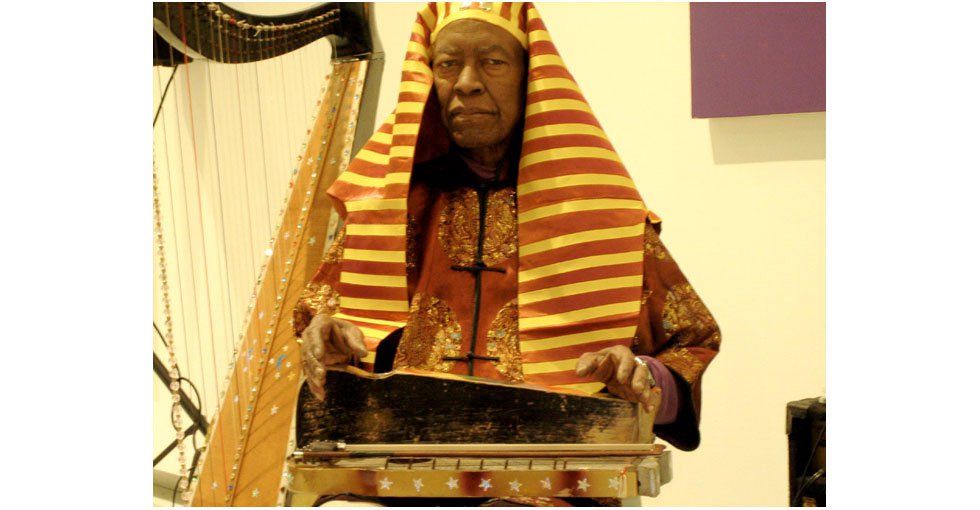 CHICAGO: As part of the national celebration of Record Store Day, Dusty Groove America and Corbett vs. Dempsey Gallery present a rare live performance by a Chicago multi-instrumentalist Phil Cohran.

Cohran, who was a member of one of the classic incarnations of Sun Ra’s Arkestra in Chicago in the late 1950s, went on to become a founder of the Association for the Advancement of Creative Musicians (AACM), and then to form his own Artistic Heritage Ensemble and the legendary Affro-Arts Theater. Recent years have seen the re-release of some of Cohran’s classic Ethnic Heritage Ensemble recordings, like On The Beach, and The Malcom X. Memorial (both 1968), which featured future members of Earth, Wind & Fire and the great guitarist Pete Cosey. Cohran, who played trumpet with the Arkestra, invented his own electric thumb-piano, which he called a “Frankiphone,” and he also sometimes plays harp and assorted other instruments. He is, as BDP once said, a musical philosopher, and his performances often include improptu lectures on topics near and far – indeed, sometimes very far, as he draws on a wellspring of astronomical knowledge and deep understanding of cultural history.

Copies of  Traveling the Spaceways: Sun Ra, The Astro Black and Other Solar Myths (WhiteWalls, 2010), a compilation that includes an essay titled “The Spiritual Musician,” written by Cohran in 1965, will be available for $25 and Cohran will have copies of his CDs for sale.