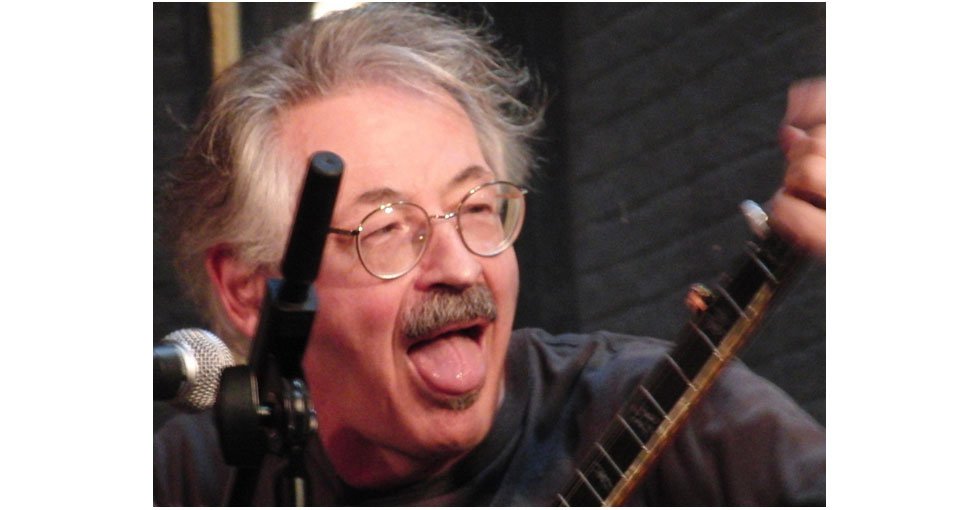 CHICAGO: One of the most fabulous furry freaks to make it out of the 1960s, Peter Stampfel was a pioneer figure in New York’s original underground folk scene.  In the early 1960s, he and Steve Weber formed the Holy Modal Rounders, one of the milieu’s flagship bands, and together in 1964 they recorded “Hesitation Blues,” which contains the first recorded use of the term “psychedelic” in popular music.  Stampfel’s storied career included work with playwrite Sam Shepard, who was a member of the Holy Modal Rounders, and a crucial stint in the proto-punk folk band the Fugs, with whom he recorded three LPs.  Irreverant, winsome, by turns silly and profound, with a hillbilly voice, hacksaw fiddle, and a genius for timing, Stampfel has an encyclopedic bank of songs in his head, some of the best his own.  He’s remained extremely active in the last few decades, performing and recording with his band the Bottle Caps, reuniting periodically with Weber, and going solo.  In this very rare Chicago appearance, Stampfel will play solo, with a little help on hand-drums and backing vocals from his daughter Zoe.  Later in the evening, Stampfel will play a full set at the Hideout.

“Next to Bob Dylan, Peter Stampfel is the nearest thing to a genius folkiedom has thrown up. His enthusiasm is unquenchable. I’ve never heard anyone – anyone – sing with the sheer enthusiasm for singing that Stampfel puts out. He knows his Harry Smith backwards and forwards. But unlike most folksingers, he prefers backwards.” – Robert Christgau, The Village Voice