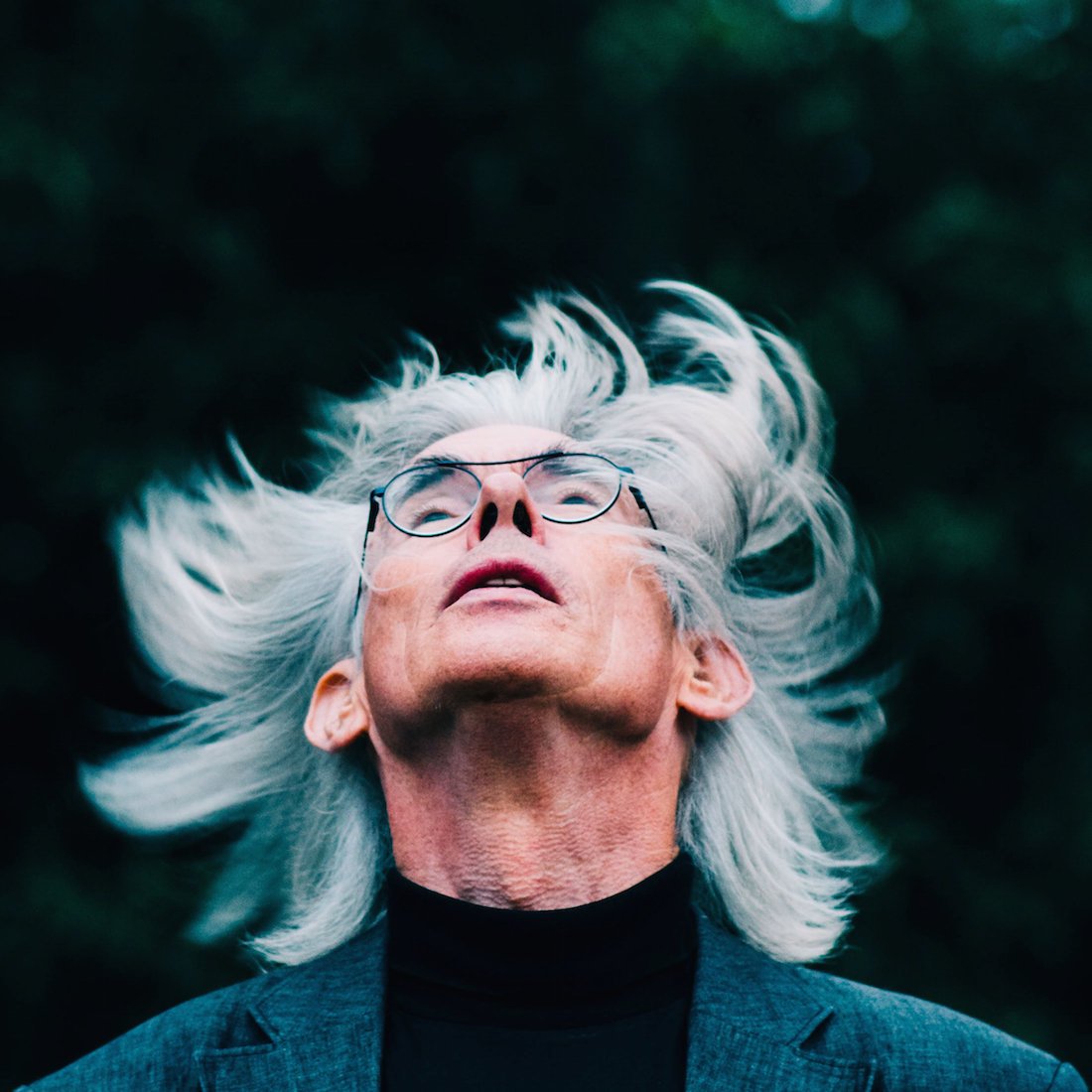 Dutch poet, sound artist, and improvisor Jaap Blonk makes a rare Chicago appearance at Corbett vs. Dempsey. Born in 1953, Blonk’s unfinished studies in mathematics and musicology mainly created a penchant for activities in a Dada vein, as did several unsuccessful jobs in an office and other well-organizes systems. Since the early 1980s, he has explored the potentialities and limits – sometimes quite literally, pushing to the brink of collapse – of his own voice. Blonk has long been a champion of historical modernist sound poetry, reviving unknown works from Futurism and Dada, among them Kurt Schwitters’ “Ursonate” (1922-1932); his first recording of the pioneering work, made in 1986, is among the definitive versions of the great Dada sound poem. (Blonk’s record was banned by the Schwitters estate, which maintained that Schwitters himself was the only legitimate performer of the “Ursonate” – a very un-Dada stance.) As a parallel track to his investigations of the historical record, Blonk has done his own deep research into performance and phonetics and has composed many works, including the 9-part cycle called “Vibrant Islands,” which seeks to extend the International Phonetic Alphabet (IPA) into what he calls BLIPAX, or BLonk’s IPA eXtended, using a set of “islands” consisting of newly invented phonetic signs. Each of these islands has a “coastline” with a characteristic shape – angular, crenelated, straight or rounded – that gives the segment a specific prevalent sound character. Please join us on the last day of John Sparagana, Shatter, and Lee “Scratch” Perry, MIRROR MASTER FUTURES YARD, as Blonk performs “Vibrant Islands” for the first time in Chicago.