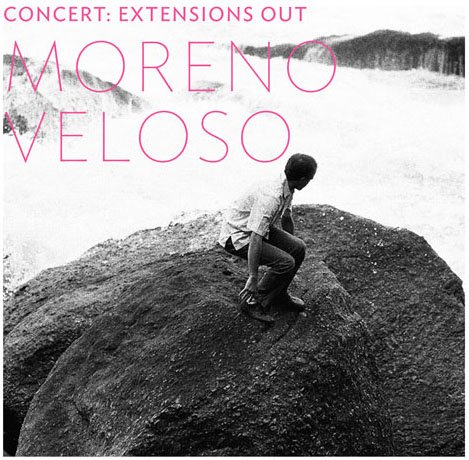 For the inaugural edition of the new series Extensions Out, the Art Institute of Chicago presents an evening of music with Brazilian singer/songwriter/producerMoreno Veloso and a set of freebop compositions by Ornette Coleman and Eric Dolphy performed by the Nick Mazzarella Trio.

Moreno Veloso is the crowned prince of Brazilian popular music.  His father is the legendary singer Caetano Veloso, one of the principle architects of Tropicália, the exploratory arts movement that started in the 1960s.  Moreno inherited from his dad a taste for experimentation, an angelic voice, and an innate sense of musicality.  He’s a gifted songwriter with a devilish streak; as the New York Times wrote of his new record: “…tucked into nearly every track is a modest irritant — electronic noise, a stray guitar, stubbornly clattering percussion — to insist that the unassuming little arrangements didn’t just fall together.”  One of the most sought after producers in Brazil, Moreno was behind Gal Costa’s brilliant Recanto, Gilberto Gil’s new Gilbertos Samba, and Caetano’s magnificent recent records.  His own group, Moreno+2, which debuted in 2000 with Music Typewriter, featured two of the superstars of the Brazilian underground, Domenico and Kassim; featuring rotating leadership, the group issued also CDs as Domenico+2 (Sincerely Hot, 2003) and Kassim+2 (Futurismo, 2007). Moreno’s ebulliant new CD, Coisa Boa, was released last month on David Byrne’s Luaka Bop label.  Although he isn’t touring the U.S. yet, Moreno is making this special exclusive at the Art Institute, his first ever solo performance in Chicago and a one-off American appearance.  Armed only with his brilliant songs and his luminous vox,Moreno promises a captivating evening, not to be missed.

Opening for Moreno Veloso, Nick Mazzarella Trio will play compositions by two of the most important alto saxophonists of the 1960s, Ornette Coleman and Eric Dolphy.  Featuring bassist Anton Hatwich and drummer Frank Rosaly, with Mazzarella on the alto sax, the Chicago-based ensemble is up to the challenge of reconsidering the songbooks of these two towering figures, updating and adding their own spin on the freebop tradition.

Extensions Out is curated by John Corbett.

“The Brazilian songwriter Moreno Veloso meticulously assures that his music sounds disarmingly offhand. Coisa Boa (Luaka Bop) is his first solo studio album in a prolific, largely collaborative career. He made three albums with the +2, a three-songwriter band that gave each member top billing; lately, he has produced albums for his father, the great Brazilian songwriter Caetano Veloso. All those collaborators and more — notably the guitarist and producer Pedro Sá — turn up on Coisa Boa (“Good Thing”), a few at a time. Each song uses only a handful of instruments, sounding utterly natural, while Moreno Veloso sings with quiet purity, as if untouched by gravity. His songs, written with various collaborators, ponder longing, separation, memory and music, particularly lullabies. Yet these private musings are calibrated; each song touches down in a different style: suave funk, Satie-like delicacy, ragtimey Brazilian choro, a skeletal but boisterous samba. And tucked into nearly every track is a modest irritant — electronic noise, a stray guitar, stubbornly clattering percussion — to insist that the unassuming little arrangements didn’t just fall together. They’re quite particular about what’s in or out.”