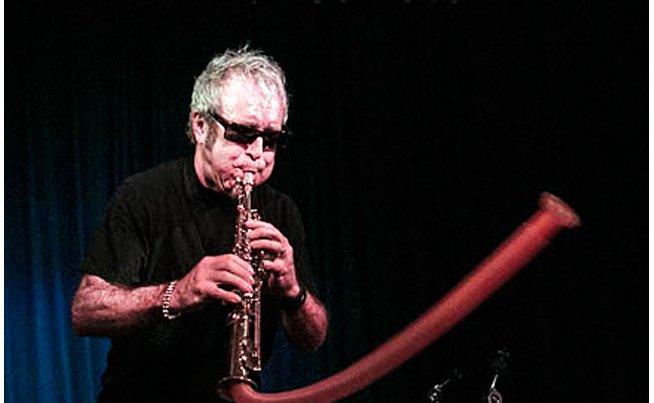 Saturday, June 25
3pm
at Corbett vs. Dempsey
This event is free and open to the public

Multiple reed player Mars Williams is one of the mainstays of Chicago’s creative music community, and he’s been zig-zagging his way between different genres since the late 1970s, when he was simultaneously a member of both the post-punk band the Waitresses and Hal Russell’s Chemical Feast.  Since that time, Williams has charted a unique path, moving more prominently onto the stages of pop and rock (Billy Idol, Psychedelic Furs) and deeper into the chaparral of improvised music.  He is a saxophonist and clarinetist of such range and capacity to have made John Zorn say “he has succeeded in redefining what versatility means to the modern saxophone player.”

Over the last five years, Williams has rededicated himself to free music with particular intensity.  He performs regularly with various ensembles, including Extraordinary Popular Delusions, an all-star quintet, and the NRG Ensemble, the band he took over leadership of when Hal Russell passed away.  Solo concerts by Williams have been few and far between, however – anyone fortunate enough to have seen him in Milwaukee at the Okka Festival a few years ago knows that they’re worth waiting for.  In this setting, Williams will perform alone with his horns, toys, whizzbangs, zither, and whatever else he’s moved to bring along.  Come hear one of Chicago’s great contributions to free music culture, unaccompanied and unadulterated.