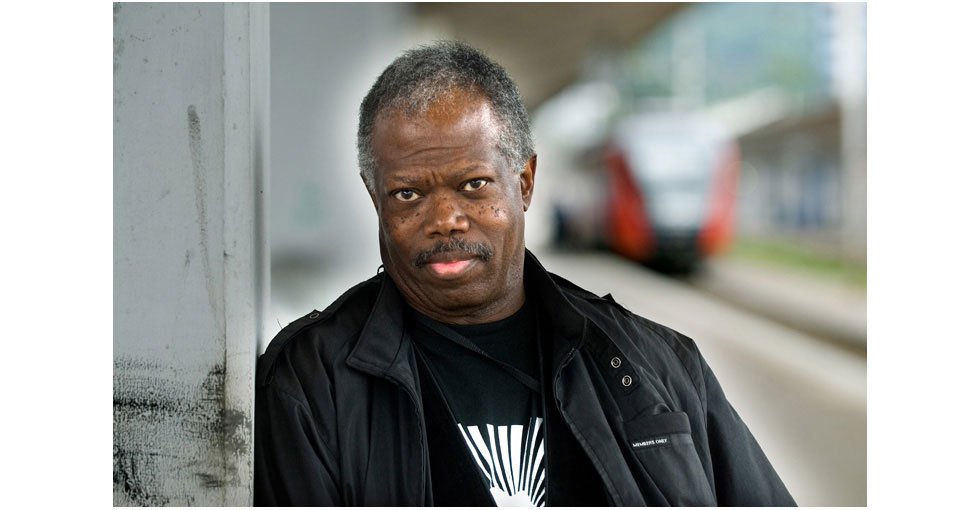 Please join us for a live performance by Joe McPhee in celebration of two new CD reissues from 1977, Glasses and Variations on a Blue Line/’Round Midnight.

Corbett vs. Dempsey is pleased to announce a new series of CD reissues, produced in collaboration with the seminal Swiss label Hat Hut Records and their chief, Werner X. Uehlinger.

The new series, which extends CvsD’s existing catalog of musical offerings, will focus on the early years of Hat Hut, in particular the label’s early LPs by Joe McPhee.  These releases, which begin with two of the most important solo records by McPhee, Glasses and Variations on a Blue Line/’Round Midnight, are each issued in a limited number of 1000 slim-packed copies, with the records’ original artwork by Klaus Baumgärtner.  Beginning with the McPhee reissues CvsD’s CDs will have a cohesive look, updating but retaining original album artwork, courtesy of a design concept by Sonnenzimmer, invented especially for the reissues.  Plans to release other early Hat Hut LPs, including ones by drummer Philip Wilson and writer/artist Brion Gysin, are still in the works, but we can confirm subsequent McPhee releases such as the two-LP soprano tour-de-force Graphics, The Willisau Concert, and Rotation, as well as an upcoming non-Hat Hut reissue by Sun Ra.  These releases continue John Corbett’s longstanding commitment to McPhee’s music, which has seen his reissue of the multi-instrumentalist’s complete CjR works, including his debut, Nation Time (all reissued on Corbett’s Unheard Music Series, via Atavistic), as well as two CvsD double-disc issues, Sound on Sound and The Vassar Concert.

Both Glasses and Variations on a Blue Line/’Round Midnight were recorded in October, 1977, during a highly significant period in McPhee’s work, as he was pioneering the transatlantic, collaborative spirit that has helped to define the last three decades of his career.  Blue Line comes from a concert in Rouen, France, when McPhee played on a double bill with the Peter Brötzmann/Han Bennink duo.  It features the side-length tenor excursion “Beanstalk” (dedicated to Coleman Hawkins), an alternate version of “Knox” (known from his beloved LP Tenor), and two soprano pieces, “Motian Studies” and Thelonious Monk’s “‘Round Midnight.”  Recorded two nights later in Tavannes, Switzerland, Glasses also contains sensational tenor work, including the title piece, which finds McPhee ringing out a rhythm on a half-full wine glass, from which he extrapolates a melody on the saxophone, as well as a stunning version of John Coltrane’s “Naima.”  The final 15 minutes are spent in duet with the Swiss percussionist Reto Weber, who was so inspired by McPhee he asked to sit in and did so with his quite extensive battery of drums.  These two records come from a year-long run during which McPhee recorded and released four very different, extremely wonderful solo records, of which only Tenor has ever been reissued on CD.

Corbett vs. Dempsey is proud to embark on this project with Hat Hut and, especially, to continue to make the work of Joe McPhee available to a wider public.