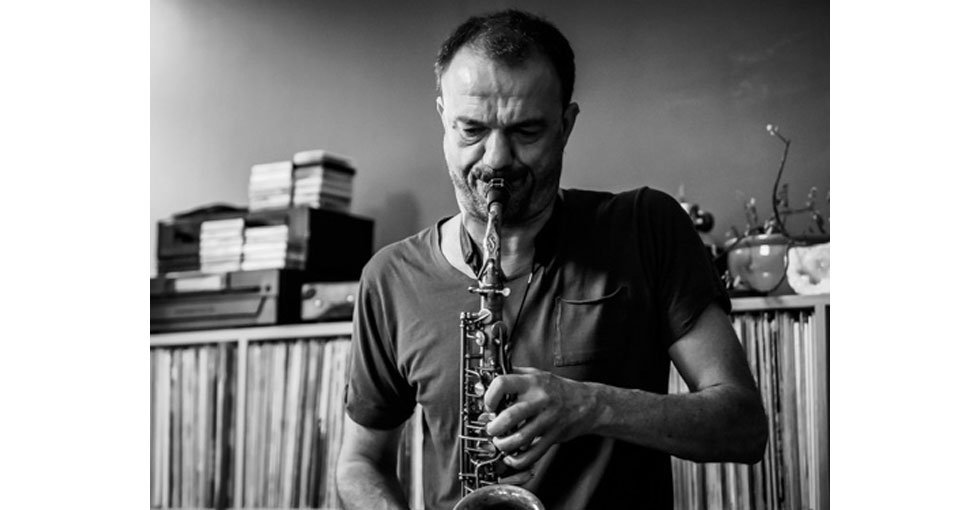 at Corbett vs. Dempsey
Saturday, May 13, 3pm
free and open to the public

As part of the ongoing global improvised music project called The Bridge, organized by Alexandre Pierrepont, Corbett vs. Dempsey is pleased to present a concert of solo saxophone music by Paris-based improvisor and composer Jean-Luc Guionnet.  Guionnet is a multi-instrumentalist, working also on the pipe organ and keyboards, as well as an accomplished visual artist.  He was a student of Iannis Xenakis and Michel Zbar, but he also studied philosophy and has made electroacoustic music.

Among various groups, Guionnet is a member of Dan Warburton’s free jazz quartet Return of the New Thing, and the French-Swiss group Hubbub, and he works in a duet with guitarist Olivier Benoit.  Recent recordings include duets with Portughese guitarist Luis Lopes on the Clean Feed label and with Japanese drummer Seijiro Murayama on ftarri, and a recording of his work “Distances Ouïes Dites” by the Dedalus Ensemble, released on Potlatch.

For more information on this and other events associated with The Bridge, view their website:
http://wordpress.acrossthebridges.org/en/tb13-chicago-may-2017/