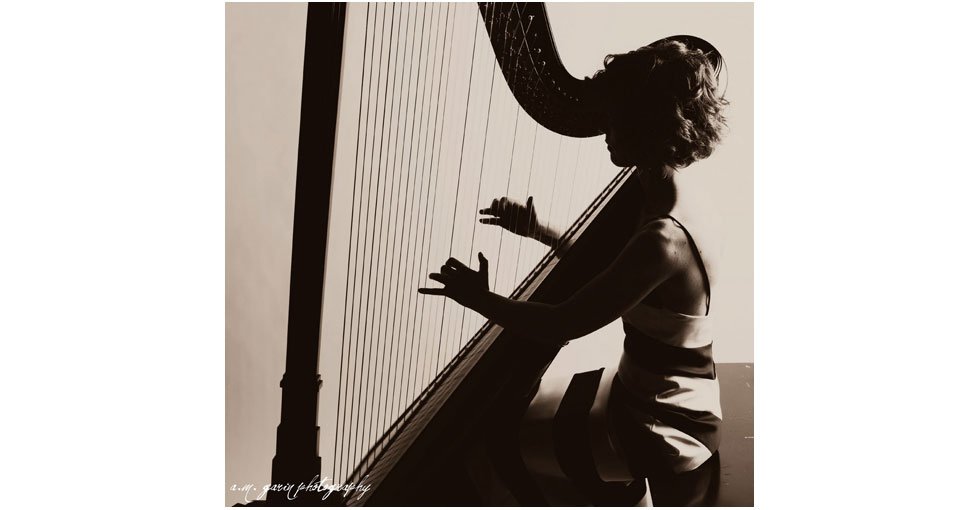 CHICAGO: International Contemporary Ensemble harpist Nuiko Wadden has forged a new path for her ancient instrument by commissioning and championing many works by young composers. Join her for a concert of new and classic works including music by Angélica Negrón, Ernst Krenek, and ICElab 2014 composer Suzanne Farrin at Corbett vs. Dempsey.

Suzanne Farrin’s Polvere et Ombre is a sweeping work of virtuosity that covers every sound-producing inch of the harp. Suzanne has been commissioned by ICE to write an evening-length work for the larger ensemble as part of the ICElab program in 2014. Austrian composer Ernst Krenek was a contemporary of Schoenberg’s and similarly forged a distinctive post-romantic musical path in the early 20th century. His Sonata for solo harp was written in 1955, shortly after his relocation to the United States ,and beautifully captures the harp repertoire right at the crux of major musical change.

Nuiko Wadden is the principal harpist of Pittsburgh Opera and Ballet Orchestras as well as the Des Moines Metro Opera. She is also a member of both the janus trio, based out of Brooklyn, and the International Contemporary Ensemble (ICE). Ms. Wadden has been a prizewinner in numerous competitions, recognized in the Minnesota Orchestra (WAMSO), Ann Adams, ASTA, and American Harp Society competitions. As a soloist she has appeared with the Skokie Valley Symphony, the Chicago Metropolitan Symphony, Oberlin Orchestra, and Shepherd School Chamber Orchestra. She made her professional debut as soloist with the Minnesota Orchestra this past January.

This free concert is part 3 of the series ICEsolo, featuring ICE soloists up close. Space is limited, so please reserve your ticket by emailing rose@iceorg.org.