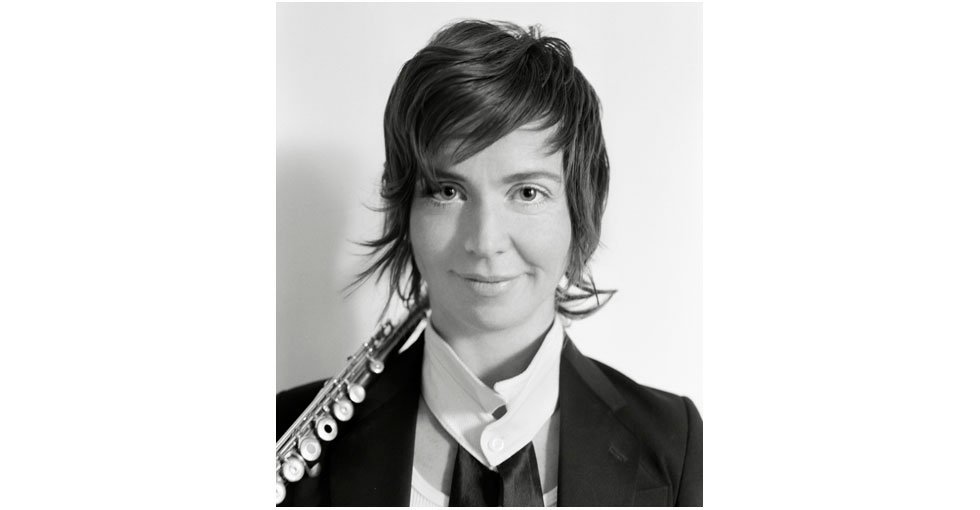 CHICAGO: Since the gallery’s inception in 2004, Corbett vs. Dempsey has presented more than thirty musical events, ranging from folk freaks like Peter Stampfel and Laura Veirs to free improvisors like Charlotte Hug and Han Bennink. As a part of that ongoing program, CvsD is proud to announce a new initiative, undertaken in collaboration with the International Contemporary Ensemble (ICE), the vibrant, innovative New Music organization based in New York and Chicago. ICE Solo will present unaccompanied performances by members of the ensemble, whose ranks include some of the most brilliant musicians in the contemporary classical arena, performing music of their own selection drawn from a broad spectrum of New Music.

No better way to kick off this new series than with ICE’s intrepid leader, Claire Chase, in a free concert of solo music for flute, performing works by Edgard Varese, Steve Reich, Salvatore Sciarrino, and (for all you Fluxus fans) George Brecht. This dynamic recital will show off Chase’s “extravagant technique, broad stylistic range and penetrating musicality” (New York Times).