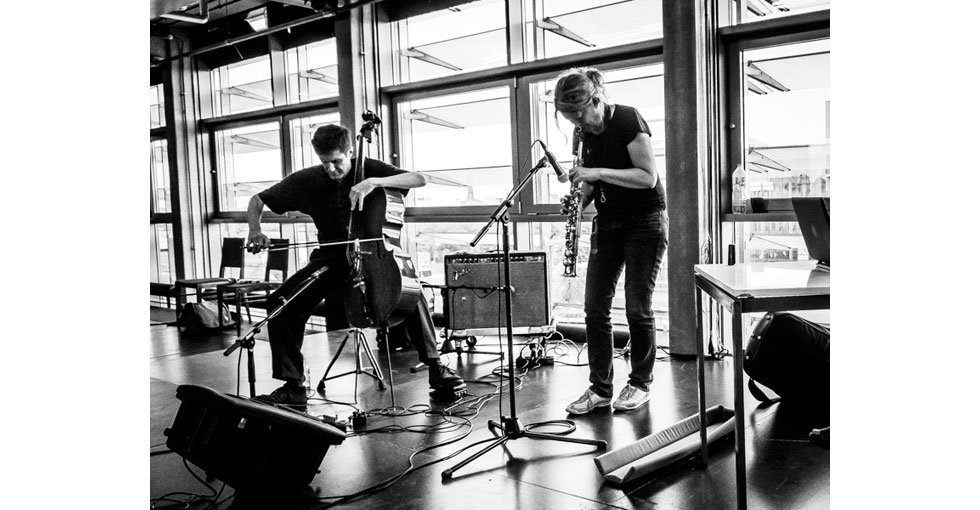 free and open to the public

Lotte Anker and Fred Lonberg-Holm began playing together after recognizing their mutual interest in a wide variety of sounds from delicate to harsh. Their duo, a free improvised exploration into the sounds and structures available with sax, cello, and electronics, straddles experimental jazz/improvisation and contemporary music while referencing pop, folk and world music.  Since their first gig in 2011 (appropriately at a bar named Wray’s after the legendary creative hillbilly surf rocker Link Wray) they have continued performing as a duo whenever possible and also as part of larger groups with Ikue Mori, Ståle Liavik Solberg, Hank Roberts, Gerald Cleaver,  Makagami Koichi and many others.

Lotte Anker is a Copenhagen-based saxophone player and composer.   Her music includes both melodic (often twisted or fragmented) elements and more abstract textural material and covers a wide territory from minimal, transparency to dense and dark expressionism.  She has been initiator and bandleader of a number of highly acclaimed collaborations and groups such as Anker, Taborn, Cleaver (w/ Craig Taborn and Gerald Cleaver), and Trio with Sylvie Courvoisier and Ikue Mori. Other recent projects are the 8-piece group What River Ensemble, duo with Fred Frith, and a quartet with Johannes Bauer, Clayton Thomas and Paul Lovens.