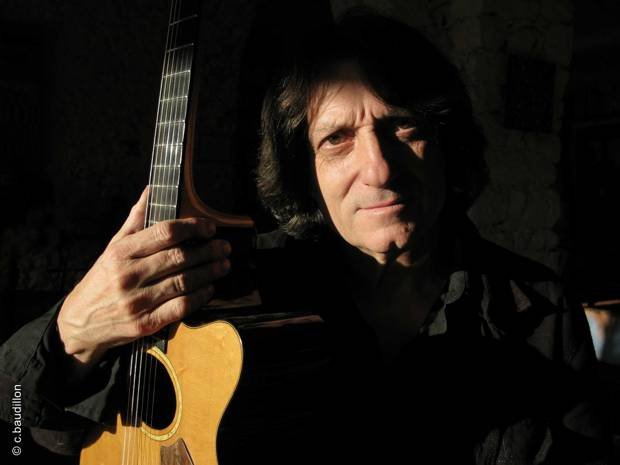 A singular voice on his instrument, French guitarist Raymond Boni has pushed the vocabulary of Django Reinhardt far beyond the confines of “Gypsy jazz,” consistently embracing new sounds and textures and musical dynamics. One of the first players to embrace freely improvised music in his homeland, Boni emerged in the mid 1970s as a fiercely independent spirit. He forged an ongoing relationship with multi-instrumentalist Joe McPhee, often in the context of other French players, including saxophonist André Jaume and bassist François Mechali, also often working with dancers. Together with McPhee, Boni recorded some of the great LPs of the late ‘70s and early ‘80s, including Old Eyes and Oleo, and he’s continued playing with improvisors from a new generation, including his son Bastien Boni, with whom he works as Boni’s Family. As an instrumentalist, Boni brings the dazzling technique he learned while studying with Roma musicians as a wide-eared youngster into the context of creative improvised music, sometimes deploying pedals and effects, sometimes relying on spectacular manual dexterity and deep musical instincts, approaching romanticism from an exploratory, rather than conservative, perspective. Boni has rarely played in the United States. He’s here as part of this year’s Bridge project, the tenth installation of the wonderful international exchange program established by writer and producer Alexandre Pierrepont. Please join us for Raymond Boni’s first solo performance in Chicago.