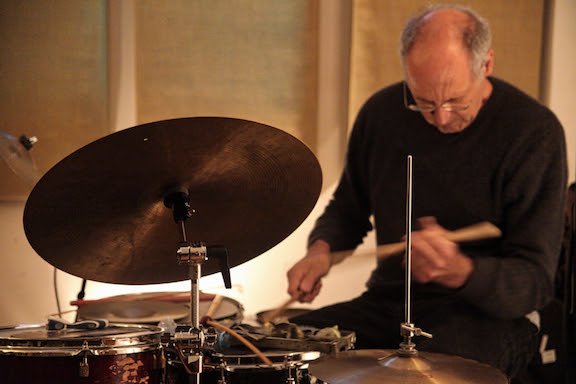 Paul Lytton, a central figure in the British free improvisation movement of the 1960s and 70s which included Derek Bailey, Evan Parker, and Paul Rutherford, was instrumental in reshaping the way drums and percussion were viewed in free music. He is one of a handful of percussionists from that time whose work allowed the drum kit to become even more free from the timekeeping constraints of jazz up to that point; the instrument becoming less a set of drums and more a series of membranes on which to create an atmosphere. His earliest experiments in homemade instruments and electronics with Evan Parker have spurred generations on to look outside systems with names such as “jazz” and “improv” and to explore new modes of communication in the moment.