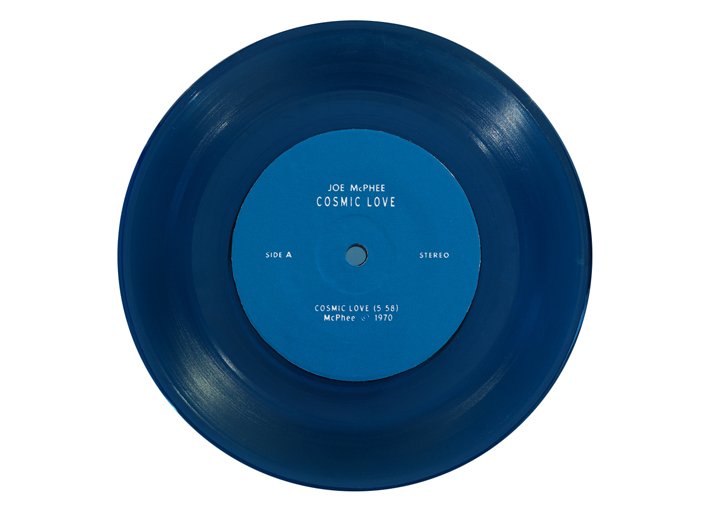 Corbett vs. Dempsey is thrilled to present the closing event and book release party for Josiah McElheny’s exhibition Cosmic Love.  Hot off the presses, the exhibition catalog bearing the same name will be available at the event.  Along with extensive images of McElheny’s work and installation shots of the exhibit, it contains a lengthy, in depth interview with musician Joe McPhee, conducted by McElheny himself, peppered with newly published historical photographs of McPhee.  McPhee was the artist’s working inspiration for Cosmic Love, his 1970 song lending it a title and being commemorated in McElheny’s “Blue Record,” which, unlike more familiar gold and platinum records, does not consist of unplayable noise, but instead contains McPhee’s music etched into playable blue glass.

This event will close the circle on a series of interlocking influences by inviting McPhee back to the gallery to perform, this time with long-time admirer and colleague Ken Vandermark, in a special duo concert.  Books will be available.  McPhee and McElheny will be signing them.  And as an extraneous bonus, the event will serve as an official launch for the new roast of coffee from CvsD’s friends at Dark Matter, Vinyl Freak, a tip of the hat to John Corbett’s recent book.  First bags will be accompanied by a special limited edition CD of vinyl-only rarities assembled by Corbett.  These are the ones that will be available at the event.  Dig the equations:  Blue glass + vintage McPhee = instant karma; Fresh coffee + black vinyl = warm heart.

Obviously, the pros outweigh the cons.  This is a closing event/book release you mustn’t miss.

August 1st, beginning at 6pm, free and open to the public.