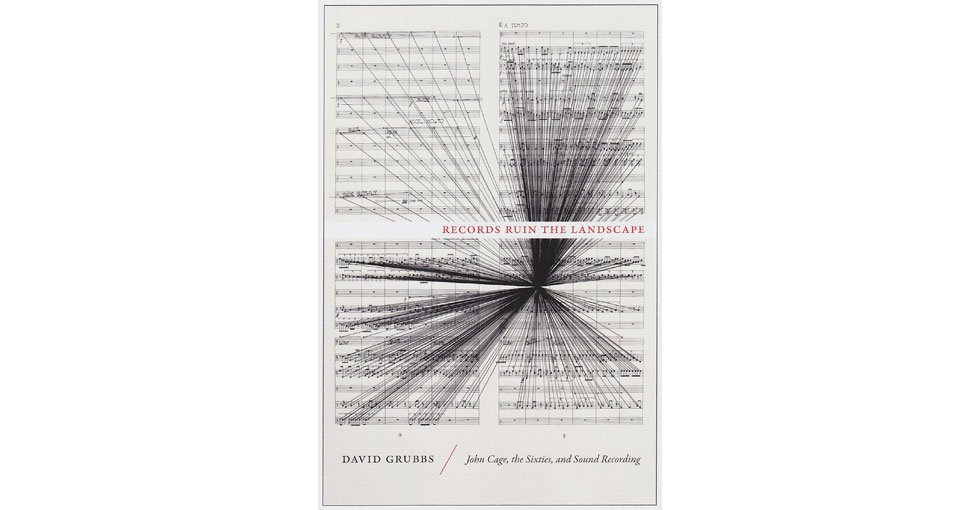 Writer and musician David Grubbs will read from his new book, Records Ruin the Landscape: John Cage, the Sixties, and Sound Recording, at Corbett vs. Dempsey on Saturday, May 24th, at 3:00pm. Co-owner John Corbett will join him in conversation about the book, after the reading.

Records Ruin the Landscape: John Cage, the Sixties, and Sound Recording (Duke University Press) is David Grubbs’s long-awaited study of the role that sound recordings play in representing experimental music of the 1960s.  For this book launch event, Grubbs will give a reading from Records Ruin the Landscape and take part in a discussion with Branden W. Joseph, Lisa Kahlden, and Marina Rosenfeld.  The discussion will intermittently take the form of a jukebox jury, but one in which judgment is offered in the form of historical reflection equally oriented toward both music and jukebox.

John Cage’s disdain for records was legendary.  He repeatedly spoke of the ways in which recorded music was antithetical to his work.  In Records Ruin the Landscape, Grubbs argues that, following Cage, new genres in experimental and avant-garde music in the 1960s were particularly ill-suited to be represented in the form of a recording.  These activities include indeterminate music, long-duration minimalism, text scores, happenings, live electronic music, free jazz, and free improvisation.  How could these proudly evanescent performance practices have been adequately represented on an LP?

In their day, few of these works circulated in recorded form.  By contrast, contemporary listeners can encounter this music not only through a flood of LP and CD releases of archival recordings, but also in even greater volume through Internet file-sharing and online resources.  Present-day listeners are coming to know that era’s experimental music through the recorded artifacts of composers and musicians who largely disavowed recordings.  In Records Ruin the Landscape, Grubbs surveys a musical landscape marked by altered listening practices.

David Grubbs is an associate professor in the Conservatory of Music at Brooklyn College, CUNY, where he also teaches in the MFA programs in Performance and Interactive Media Arts (PIMA) and Creative Writing.  Grubbs has released twelve solo albums and is known for his cross-disciplinary collaborations with writers such as Susan Howe and Rick Moody, and with visual artists such as Anthony McCall, Angela Bulloch, and Stephen Prina.  He was a member of the groups Gastr del Sol, Bastro, and Squirrel Bait, and has performed with the Red Krayola, Will Oldham, Tony Conrad, Pauline Oliveros, and Loren Connors, among many others.