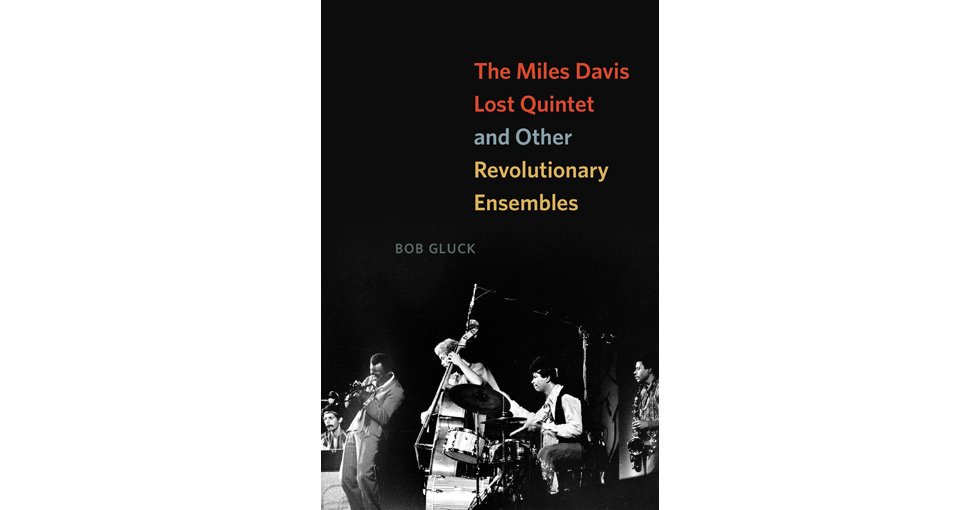 Bob Gluck
The Miles Davis Lost Quintet and Other Revolutionary Ensembles
Book release and reading, followed by a conversation with John Corbett
Saturday, April 16th, 3pm
at Corbett vs. Dempsey
Event is free and open to the public

Miles Davis’s Bitches Brew is one of the most iconic albums in American music, the preeminent landmark and fertile seedbed of jazz-fusion. Fans have been fortunate in the past few years to gain access to Davis’s live recordings from this time, when he was working with an ensemble that has come to be known as the Lost Quintet. In this book, jazz historian and musician Bob Gluck explores the performances of this revolutionary group—Davis’s first electric band—to illuminate the thinking of one of our rarest geniuses and, by extension, the extraordinary transition in American music that he and his fellow players ushered in.

Gluck listens deeply to the uneasy tension between this group’s driving rhythmic groove and the sonic and structural openness, surprise, and experimentation they were always pushing toward. There he hears—and outlines—a fascinating web of musical interconnection that brings Davis’s funk-inflected sensibilities into conversation with the avant-garde worlds that players like Ornette Coleman and John Coltrane were developing. Going on to analyze the little-known experimental groups Circle and the Revolutionary Ensemble, Gluck traces deep resonances across a commercial gap between the celebrity Miles Davis and his less famous but profoundly innovative peers. The result is a deeply attuned look at a pivotal moment when once-disparate worlds of American music came together in explosively creative combinations.

If you cannot make the event, copies of the book may be purchased here.
Read the review in All About Jazz here.