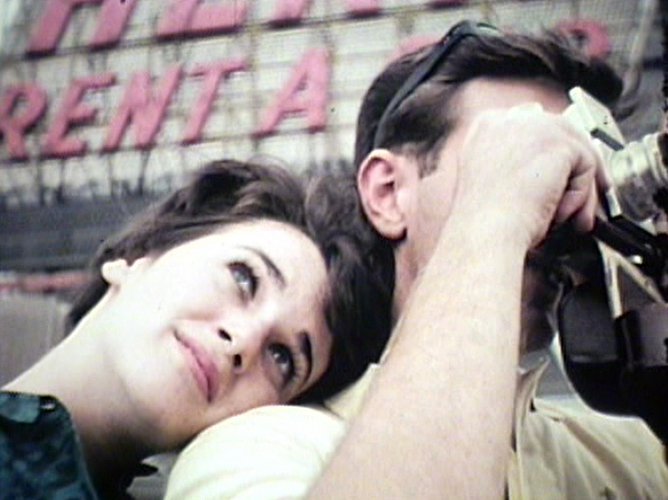 If you can take time to see these programs at the Gene Siskel Film Center, they are a compliment to the Chicago History Museum exhibition.

CHICAGO: Flanked by the Hollywood storytelling machine to the West, and the legacy of art cinema and cinema-verite documentary to the East, film production in the Chicago metropolis has historically been relegated to the realm of the industrial, commercial, and educational film. In collaboration with the exhibition Big Picture: A New View of Painting in Chicago at the Chicago History Museum, these programs explore the connections between traditions of industrial production and the undervalued amateur and artistic cinematic output of filmmakers working in Chicago and the Midwest. This series is presented as part of the Film Center’s November-December focus on preservation of our international film heritage.

Cityscape as Landscape:
The City as an Ever Variable Constant
1932-75, Various directors, USA, ca. 90 min.

This program illustrates the manner in which cinematic conventions are embedded in amateur film production, as well as the various ways in which nonprofessional films challenge the candy-coated portraits of domestic life presented by Hollywood and television. The home becomes a battleground in Margaret Conneely’s wonderful story of fed-up housewives’ revenge in MISTER E (1959), while in Peter Kuttner’s MARY HAD A LITTLE LAMB (1966), a young African American couple’s budding romance is the front line in a struggle between the sacred and the secular. Various formats. (Puetz/Uhrich)
Saturday, November 10, 2007, 3:00 pm
Tuesday, November 13, 2007, 6:00 pm

Founded in 1937, Laszlo Moholy-Nagy’s Institute of Design left a lasting legacy on the industrial and commercial creative output of Chicago. Combining films directed by Moholy-Nagy with the work of students and associates, this program examines the intersection of artistic and functional, visionary and market-driven in works that range from pure abstraction to the completely utilitarian. Films include Moholy-Nagy’s EIN LICHTSPIEL–SCHWARZ WEISS GRAU (1930), Morton and Millie Goldsholl’s UNION PIER FILM EXPERIMENTS (1942), and Ken Josephson’s 33RD AND LASALLE (1962). Various formats. (Puetz/Uhrich)

This final program emphasizes Chicago’s unique contribution to art cinema and the filmic avant-garde. While most of these films can be categorized as experimental in form, they were produced by filmmakers who made a living by making films ranging from commercials and educational films to soft-core pornography. Films include Red Grooms’s TAPPY TOES (1969), a comic-musical depiction of the late-60’s art group the Hairy Who starring Ed Paschke; and Don Klugman’s NIGHTSONG (1965), a portrait of Chicago’s Near North nightclub scene that features legendary African-American folk singer Willie Wright. Various formats. (Puetz/Uhrich)
Sunday, November 25, 2007, 3:00 pm
Tuesday, November 27, 2007, 8:15 pm