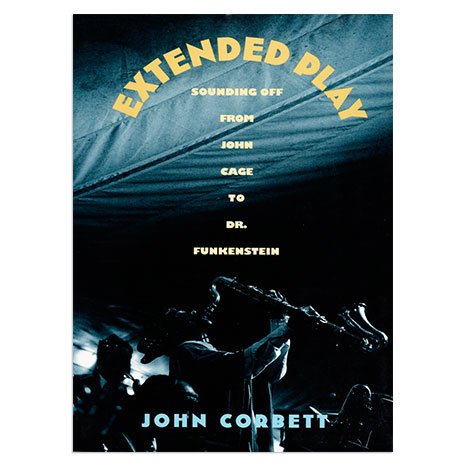 Extended Play: Sounding Off from John Cage to Dr. Funkenstein

In Extended Play, John Corbett conducts a wide-ranging tour through the outer limits of contemporary music. Over the course of more than twenty-five portraits, interviews, and essays, he engages artists from lands as distant as Sweden, Siberia, and Saturn. With a special emphasis on African American and European improvisers, the book explores the famous and the little known, from John Cage and George Clinton to Anthony Braxton and Sun Ra. Employing approaches as diverse as the music he celebrates, Corbett illuminates the sound and theory of funk and rap, blues and jazz, contemporary classical, free improvisation, rock, and reggae.
Using cultural critique and textual theory, he addresses a broad spectrum of issues, such as the status of recorded music in postmodern culture, the politics of self-censorship, experimentation, and alternativism in the music industry, as well as the use of metaphors of space and madness in the work of African American musicians. He follows these more theoretically oriented essays with a series of extensive profiles and in-depth interviews that offer contrasting and complementary perspectives on some of the world’s most creative musicians and their work. The book includes over twenty original photographs and a meticulously annotated discography. The result is one of the most thoughtful, and most entertaining, investigations of contemporary music available today.