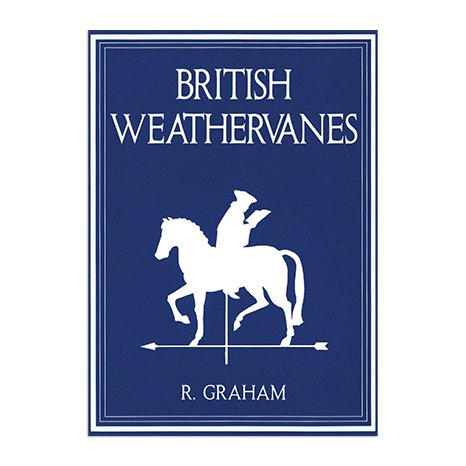 A new work by Vancouver conceptualist Rodney Graham (born 1949) is always guaranteed to surprise and amuse in equal measure. Indeed, the idea of amusement, espoused by Duchamp as an aesthetic aspiration, is expanded by Graham in British Weathervanes to include the idea of folly, as espoused by the sixteenth-century humanist scholar Erasmus, author of The Praise of Folly (1511). Graham's Erasmus weathervane, made for the cupola of the Whitechapel Gallery in London, shows the author, modeled by the artist, reading a book while riding a horse backwards (elaborating on the anecdote that Erasmus wrote The Praise of Folly on horseback). Erasmus' weather-blown obliviousness continues Graham's inquiry into involuntary journeys and cyclical and backward motion. This beautifully produced artist's book derives its design from the 1940s series Britain in Pictures and contains photographs, drawings and essays on the project alongside a letter by Erasmus.