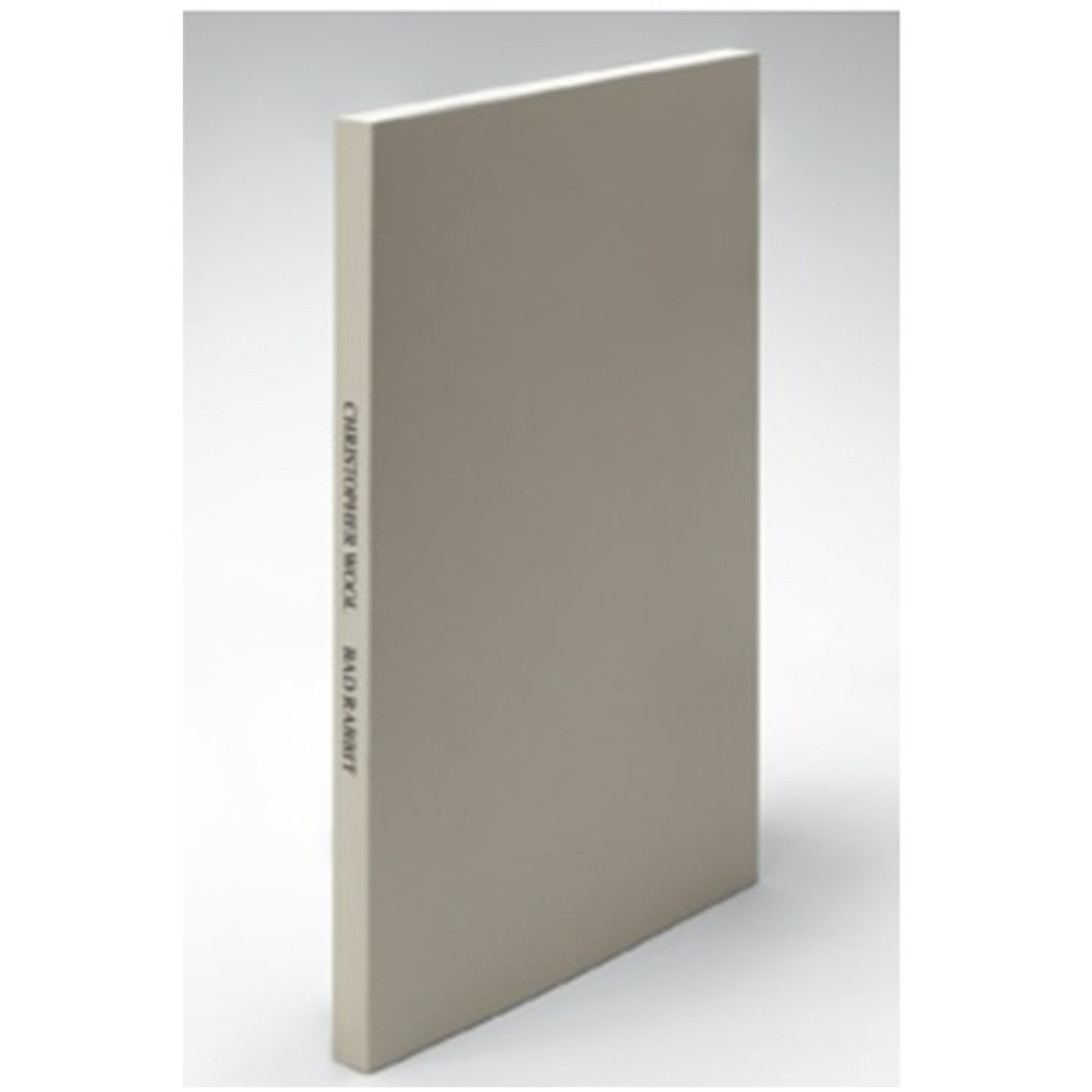 “When I was first at Chinati I found a piece of wire that looked exactly like my drawing line only better and I thought it was funny to take this baroque piece of wire off the Judd landscape … As I started to find more pieces of wire that were like drawn line, I started saving them, for no particular reason. It was only years later that it dawned on me that these flattened balls of wire could be reconfigured in a three-dimensional way.” —Christopher Wool

Bad Rabbit is Christopher Wool’s fifth artist’s book with Holzwarth Publications, and again it builds on aspects of the previous volumes. The series started with two sets of photographs of roads and littered backyards around Marfa and Donald Judd’s Chinati Foundation in Texas. For the third book, the artist superimposed two different realities in each picture; in the fourth the original photographic gaze acted as merely the basic layer for new image worlds created through processing and reproduction. Now, in Bad Rabbit, Wool directs his attention back to fragments of the original reality, turning the microcosm into a macrocosm as he takes found pieces of fencing and hay-baling wire and explores their sculptural qualities in starkly black-and-white photographs. In his sculptural practice, the artist enlarges some of these potential maquettes and casts them in bronze and steel; in the photos works collected here, the found object becomes a subject of observation, its sculptural form created in its framing and in the later treatment of the images: Wool positions each model in the center of the photo on a horizon line where the floor meets the wall. From picture to picture, the wire changes and moves, the strands rise and loop back on themselves, thicken into chaotic tangles and branch freely into the empty space. The sequence of varying and returning motifs, of varying but similar stagings, creates its own narrative, forcing us to look again and detect different imageries, while the carefully blown-out reproductions lead the wire’s freewheeling sculptural line back to the graphic flatness of the artist’s paintings. - Holzwarth Publications

Available in a limited edition while supplies last. Edition of 1200.